Authorities in northwest China’s Xinjiang region are turning mosques used by mostly-Muslim ethnic Uyghurs for religious and community purposes into centers disseminating political propaganda, according to local sources . . . Under the directive, which has been implemented since June, caretakers of mosques in the prefecture are required to fly the national flag of China atop the buildings, sources said. They have also been ordered to remove inscriptions of Islam’s holiest verse, “There is no god but God, and Muhammad is the messenger of God,” from mosque walls and replace them with large red banners that read “Love the [Communist] Party, Love the Country” in yellow writing.

Official sources in Yapchan village, in Kashgar’s Yengisheher (Shule) county, told RFA that the theme of patriotism and Chinese propaganda had been pushed particularly hard during the June 25 prayer service for Eid al-Fitr—a holiday marking the end of Ramadan and one of the two most important days of religious observance in Islam, along with Eid al-Adha, or the Feast of the Sacrifice. As a result, they said, less than 10 percent of the local population attended the service, mirroring similarly low attendance in some of the largest mosques in the Xinjiang capital Urumqi. According to a report by the official Xinjiang Television, “more than 400 believers gathered under the flag” in the square in front of Yanghan Mosque in Urumqi, where they “attentively watched the flag being raised as they sang along with the national anthem.” Later, the grand imam of Yanghan Mosque, Sheripjan, delivered a lecture on “resolutely walking the Chinese-style path, reviving the Chinese-style spirit, and solidifying Chinese strength, while stressing how religious believers can be devoted citizens.”

A police officer from Yapchan told RFA that “only 141 [of 1,500] villagers came to the prayer service” for Eid al-Fitr at his local mosque, and that nobody under the age of 18, or from the families of party members, village cadres, civil servants, or other government employees attended. “We kept a close watch on people on the outside, with some of us monitoring on closed circuit television and some of us monitoring and protecting [on foot patrol],” he said, adding that 21 people in total had been assigned to observe the proceedings.

A Uyghur cadre from Yapchan said that even if he had wanted to attend the Eid al-Fitr prayer service at the village mosque, doing so would have been frowned upon because officials are instructed to honor the state before anything else . . . “It’s the same with those who are not party members—as long as you get a salary from the government, you can’t believe in religion. Only farmers have the freedom to believe in religion.” 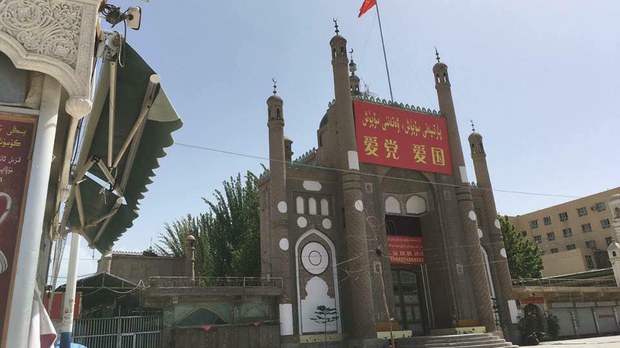 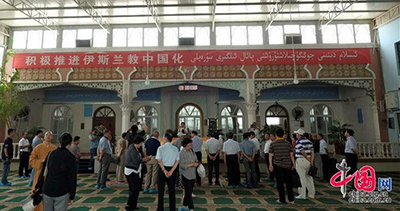