Chinese authorities say everyone has completed their studies at such sites—which Beijing describes as vocational schools. Rights groups and Western governments say that about a million people, most of them Uighurs, have been detained in dozens of such centers across the region in recent years.

To reinforce the government’s message, state media broadcast images of the center here, officially named the Kashgar City Vocational Training School, with its darkened classrooms stripped bare of furniture, a bundle of orange internet cables discarded on the floor.

An hour’s drive to the south, however, a larger re-education camp was still in use in early January, with bright lights illuminating a ring of high gray walls. Two years before, locals had referred to it as a school. A uniformed guard blocking the road described it as something else.

The images of the two camps illustrate a shift under way in the government’s approach in Xinjiang, an expanse of deserts, oasis communities and mountains on the doorstep of Central Asia that is home to millions of Turkic-speaking Uighurs and other predominantly Muslim minorities.

Many Uighurs living overseas say they continue to be deprived of information about the welfare of their relatives despite reports of camps being dismantled.

Abdulahat Tursuntohti, who once ran an embroidery factory in Karakax county outside of Hotan before moving to Turkey several years ago, said he had heard through an intermediary that his mother, father and sister-in-law had been released from re-education camps in the fall, but that most of his family remains in detention or assigned to labor in factories. He said the last update he had been able to get about their whereabouts was in October.

“I haven’t been able to contact my family for the last four years,” he said. “It’s very hard to get information from Karakax.”

In Karakax, Journal reporters found a half-constructed industrial park in the southwest corner of the county. One end of the park was fenced off with brick walls and tall metal gates that bore no company names. Guards blocked reporters from approaching, saying the area was off-limits because a sock factory was operating there.

Satellite imagery showed that in early 2018 the site held rows of residential buildings next to a high-security compound ringed by watchtowers. A government construction bid identified it as a re-education center.

An official announcement at the end of 2018 said regional government funds would be used to construct a poverty-alleviation workshop in conjunction with the training center. By last summer, the high-security compound had been rebuilt with a larger footprint, satellite images show. Rows of one-story buildings with blue roofs had appeared around the expanded center.

One young Uighur man walking in the industrial park said he had been in a training center and now worked nearby. He wore a badge that bore his name, national ID number and hometown and that identified him as being a part of a culinary class. Across Xinjiang, people’s full names and ID numbers are often visible in a way that would be considered an invasion of privacy in eastern Chinese cities.

“I’m learning how to roast meat skewers,” the man said.

Much of the industrial park was still under construction. Students of a local driving school took halting laps in white cars around the mostly deserted park. Jade peddlers camped out in one empty parking lot, spreading green and yellow stones across the ground.

The large, still-active camp south of Kashgar in Shule County highlights a greater concern for the activists: that authorities have begun to charge those who remain in the camps with criminal offenses.

The re-education campaign has been accompanied by a wave of prosecutions, with the number of criminal arrests in Xinjiang soaring nearly 10-fold in 2017 from 2016, according to official figures. Uighurs living overseas say they have heard reports in the past year of relatives in camps being sentenced.

Outside the facility that two years ago had been called a school, the guard said it was a jail that had been recently renovated. “All countries have jails,” he said. 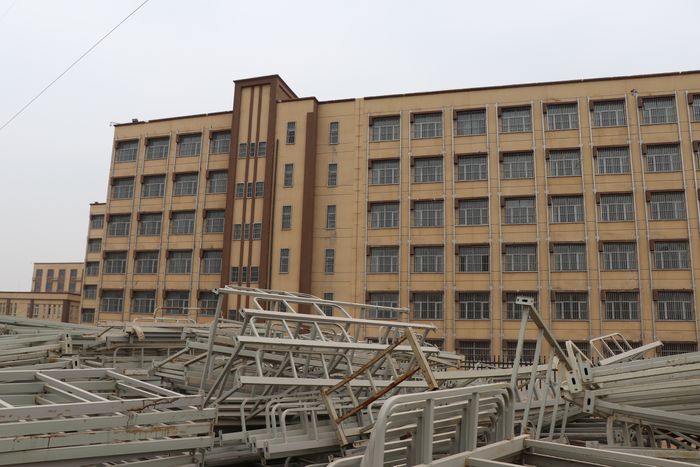