Accompanied by the resounding “March of the Volunteers,” the bright five-star red flag was slowly raised in Ayimake Village. After the flag-raising ceremony, Comrade Aili Kamali, secretary of the village Party committee, informed the villagers about the study schedule for “de-extremification of religion” and “night school for farmers and herdsmen.” He also told everyone to do their jobs well. He said that suspicious persons or abnormal gatherings should be reported to the village committee in a timely manner.

On behalf of the work team stationed in the village, deputy captain Comrade Nu’erbolati Ayida’erhan delivered a speech to the villagers who participated in the ceremony. He told everyone that in the future, all development in Ayimake Village should be unified into the general goal of “social stability and long-term stability.” He hoped that everyone would earnestly study and work hard to implement this general goal put forward by the Autonomous Region Central Party Committee. He then mentioned that the villager service center had been officially put into use, and three weddings and one funeral had been held. He hoped that from that day forward, all important family occasions, such as weddings, funerals, and baby naming ceremonies would be held in the villager service center according to organizational requirements, and that the rules and regulations for service center use would be strictly followed so as to maintain good order and a hygenic environment. Finally, Comrade Nu’erbolati preached about the various policies that the Party and government have put into place to benefit the people in farming and pastoral areas, especially those policies that are intimately related to the villagers, such as the Settle Down and Enrich the People Project, subsidized loans, the economic subsidy program for courtyard businesses, various education and teaching subsidies, the family planning reward system, employment and entrepreneurship support subsidies. With the assistance of the village team leader, four teams distributed a copy of the “Handbook to Understand the Xinjiang Uyghur Autonomous Region’s Policies to Benefit the People” to each of the 312 village households, so that they could grasp and study the Party and government’s policies to benefit the people. 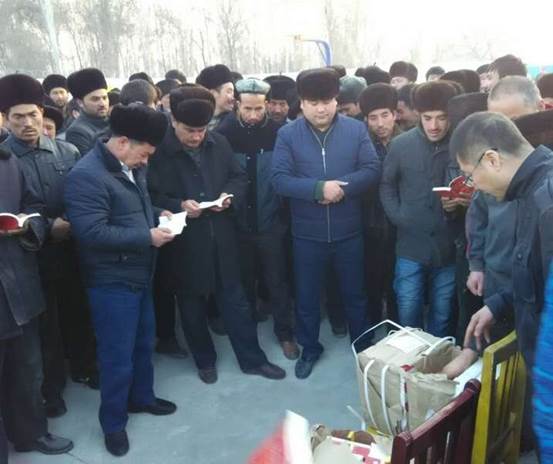 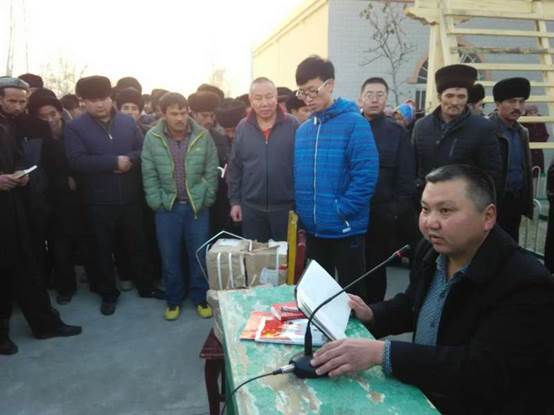 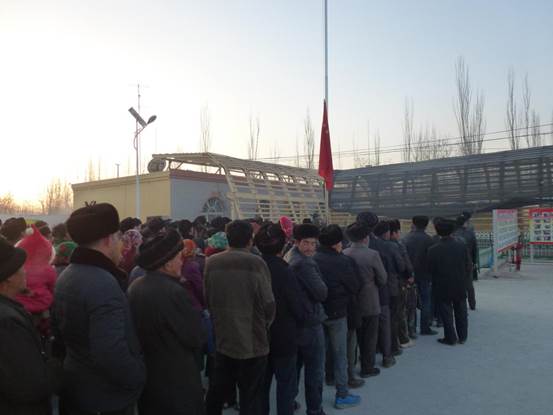