The Chinese government has increased its groundless prosecutions with long prison sentences for Uyghurs and other Muslims in recent years in China’s Xinjiang region, Human Rights Watch said today. Since the Chinese government escalated its repressive “Strike Hard Campaign against Violent Terrorism” in late 2016, the region’s formal criminal justice system has convicted and sentenced more than 250,000 people.

While few verdicts and other official documents are publicly available due to Xinjiang authorities’ tight control of information, a Human Rights Watch analysis of nearly 60 of these cases suggests that many people have been convicted and imprisoned without committing a genuine offense. These formal prosecutions are distinct from those arbitrarily detained in unlawful “political education” facilities.
…
The Chinese government’s official statistics showed a dramatic increase in the number of people sentenced in Xinjiang in 2017, followed by another increase in 2018, as reported by the nongovernmental organization, Network of Chinese Human Rights Defenders, and the New York Times in 2019.

According to Chinese government statistics, Xinjiang courts sentenced 99,326 people in 2017 and 133,198 in 2018. The authorities have not released sentencing statistics for 2019.

The Xinjiang Victims Database – a nongovernmental organization that has documented the cases of over 8,000 detainees based on family accounts and official documents – estimates that the number of people sentenced in 2019 may be comparable to those in the previous two years. Of the 178 cases whose year of sentencing is known, the number of people sentenced in 2019 is roughly the average of those of 2017 and 2018.

A comparable official sentencing figure could mean that tens of thousands more people were sentenced in Xinjiang in 2019.

Another change in 2017 was the dramatic increase in the number of those given lengthy sentences, also according to government statistics. Prior to 2017, sentences of over five years in prison were about 10.8 percent of the total number of people sentenced. In 2017, they make up 87 percent of the sentences.
…
Other available information concerning 51 cases, including the indictments, incarceration notices, leaked official documents, and official communications with families indicate that most of the Uyghur and Kazakh individuals in these cases have been imprisoned for vague and overbroad offenses such as “inciting ethnic hatred,” “picking quarrels and provoking trouble,” and for watching or listening to “extremist” content.

One such document, an indictment detaining the case of four Uyghur family members, illustrates the Chinese government’s perilously over-expansive use of the terms “terrorism” and “extremism.” The four were indicted in January 2019 for travelling to Turkey in 2013 and 2014 to visit another family member. Chinese authorities claimed that the man in Turkey, a university lecturer named Erkin Emet, belongs to a terrorist organization, and that the money (US$2,500) and gifts his family gave him – including a dutar, a traditional musical instrument, a gold ring, and basic necessities – were evidence of them “assisting terrorism.” These four, along with another sibling of Emet, were given sentences of 11 to 23 years, according to Emet, who in 2019 learned about their conviction. 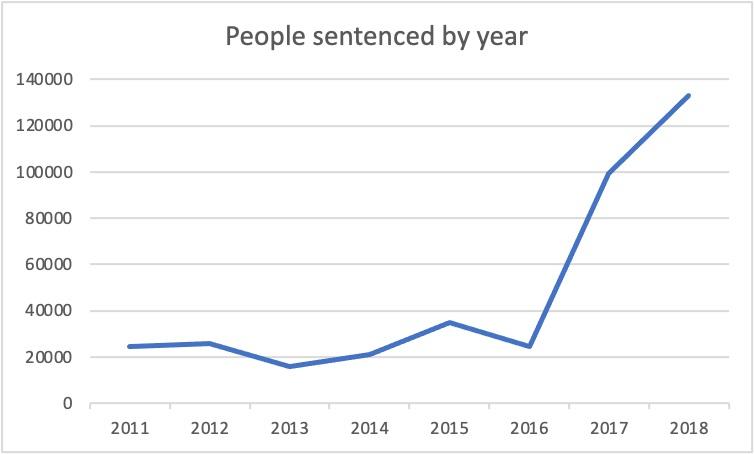 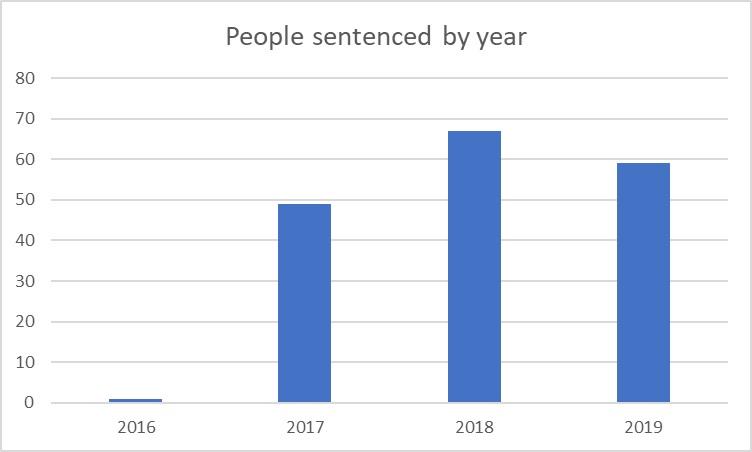 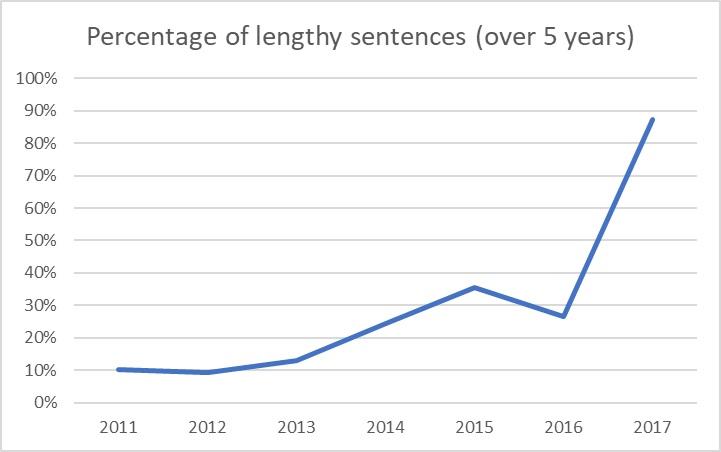