Courts in Xinjiang — where largely Muslim minorities, including Uighurs and Kazakhs, make up more than half of the population — sentenced a total of 230,000 people to prison or other punishments in 2017 and 2018, significantly more than in any other period on record in decades for the region.

Han Chinese residents have been largely spared from the wave of detentions, according to experts as well as data from Han-majority parts of Xinjiang. Arrests and indictments in areas run by the Xinjiang Production and Construction Corps — a quasi-military administration overseeing areas with an 85 percent Han population — rose modestly or remained flat in 2017. 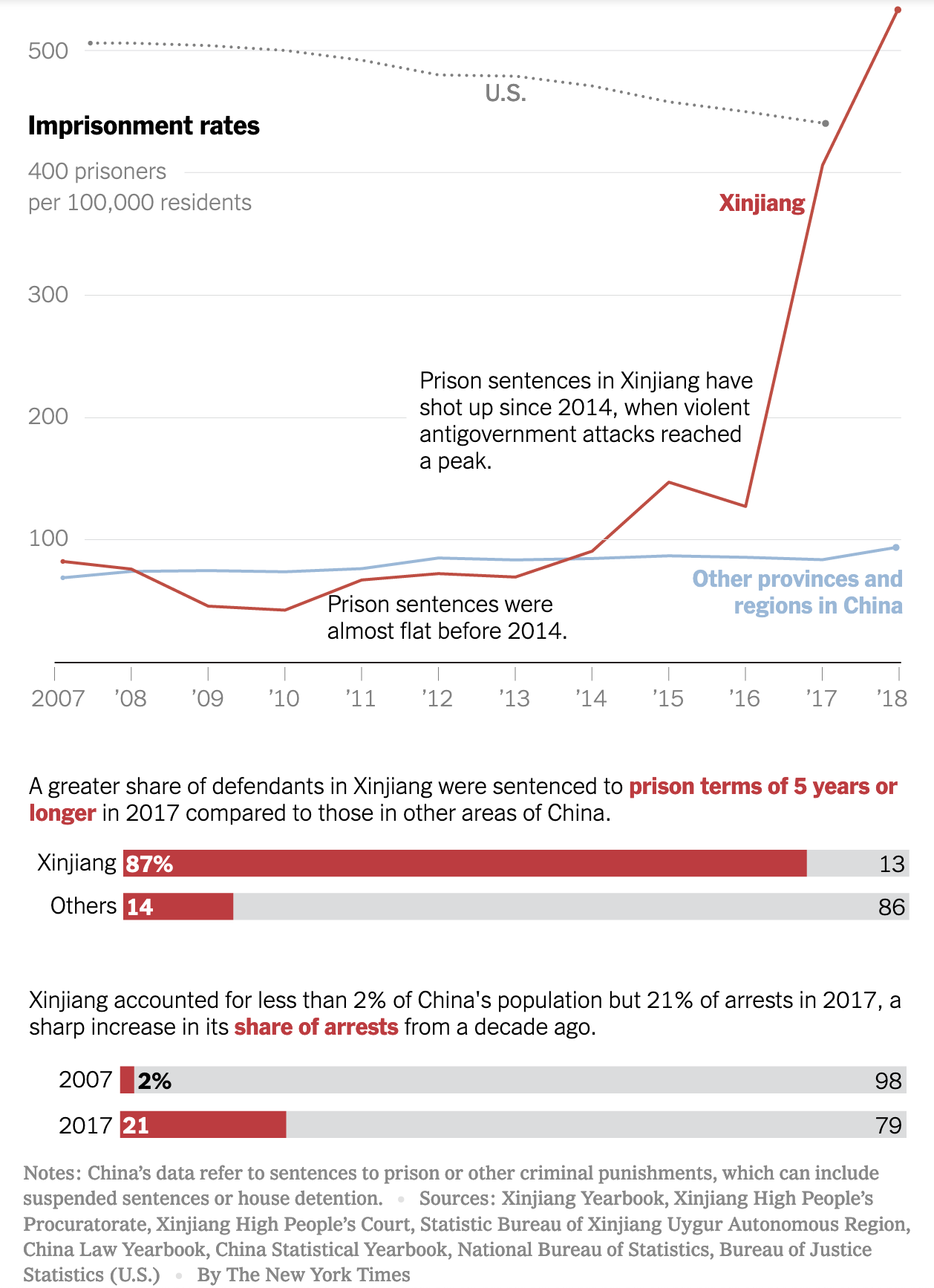