Database Entry: Criminal Arrests in Xinjiang Account for 21% of China’s Total in 2017
Internment Pretexts for Detention

July 25, 2018
CHRD
Excerpt from this Article Read the Full Article

[C]riminal arrests in Xinjiang accounted for an alarming 21% of all arrests in China in 2017, though the population in the XUAR is only about 1.5% of China’s total. The ratio of formal arrests made in Xinjiang has increased by 306% in the past five years compared to the previous five-year period.

“My uncle, a farmer, didn’t really understand how to use a computer or mobile phone. He asked someone to help him download songs to play on his phone, but he didn’t understand the contents of the songs. During the harvest, he lent his phone to a worker to play music, and another worker reported my uncle to authorities. Authorities accused him of broadcasting banned content. My uncle was given a seven-year prison sentence.”

“A carpenter in my village was recently detained. We aren’t sure if he’s already been sent to prison or is still in a re-education camp. The reason given for his detention was that he had attended Koranic studies classes 10 years ago. Our local Iman was detained and forced to give authorities the names of his students and soon afterwards authorities came for the carpenter.”

“My brother was sentenced to seven years in prison after a former junior high school classmate of his was detained. The classmate told authorities that the two of them had watched some kind of terrorism videos when they were in junior high, and after watching the videos, they had vowed to build up their muscles and create an “ethnic incident.” My brother received a seven-year sentence for that misguided adolescent boasting which happened a decade before! It was just 10-year-old chatter by teenagers, and they never did anything. After my brother was sent to prison, my father was sent for “re-education” for not properly disciplining his son. We lost contact with my father a long time ago, and maybe he’s already been sent to prison himself.” 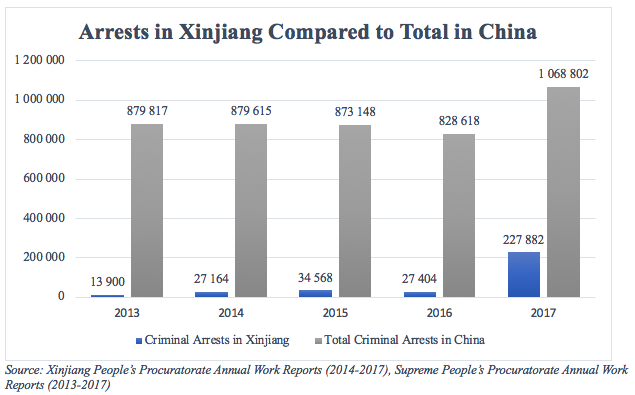 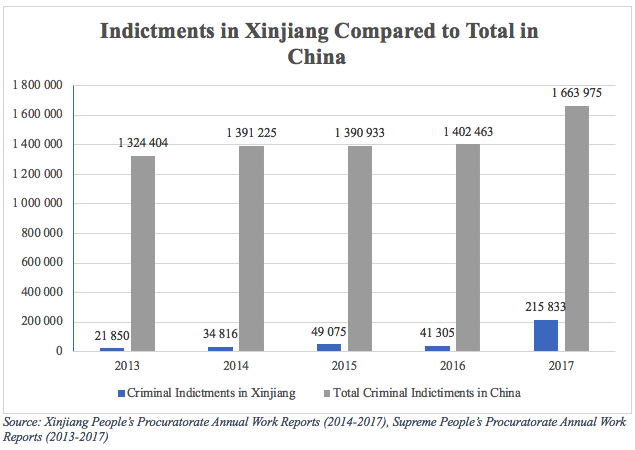