Database Entry: "Ethnic Unity One Family, Edition 246: Yeken Not Only has A Good Scenery, It Also has 'Relatives' who Love Each Other"
Surveillance In-home Surveillance by 'Relatives'

"Ethnic Unity One Family, Edition 246: Yeken Not Only has A Good Scenery, It Also has 'Relatives' who Love Each Other"

Prior to the holiday, 124 police officers from the XUAR Public Security Bureau came to Yeken County Ailixihu Township Gelabagh Village to exchange feelings and celebrate the holiday with relatives.

Home-visitation police and the masses of #6 village wrote and directed a cultural performance. [Its] beautiful dances and passionate singing conveyed the enthusiasm and sincerity of the masses. When the atmosphere reached its climax, the police and villagers began a joyful meshrep.

After the cultural performance concluded, interesting sports immediately began. During the tug-of-war contest, the home-visitation polices and relatives were eager to battle and itching to try. With the sound of a whistle, the competition of power officially began…

During the three-legged race, police officers and relatives were paired together and made concerted efforts; as they heard the “jia you” cheers, [the teams] gathered strength and enhanced unity. 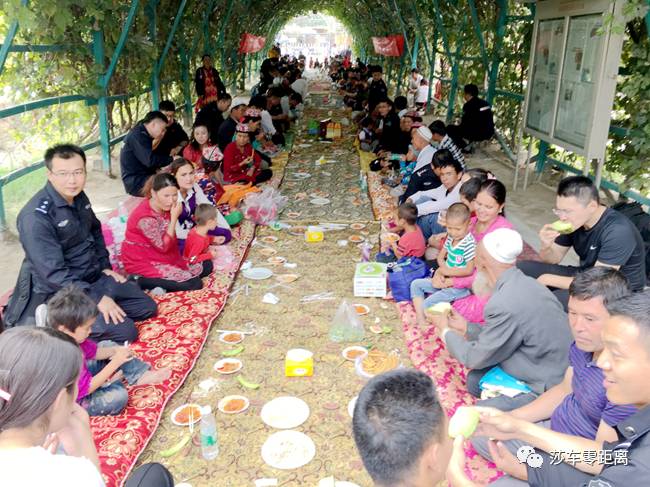 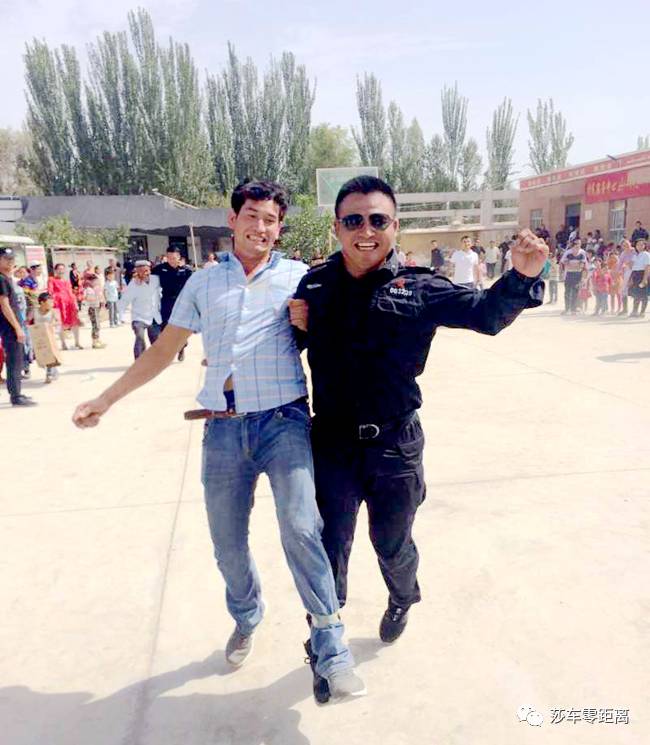 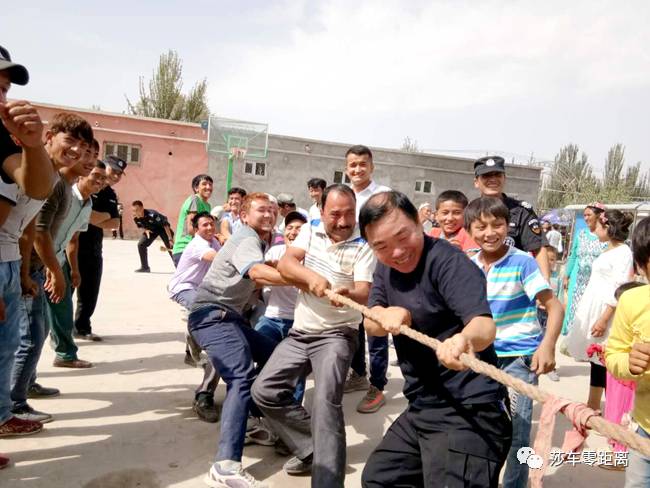 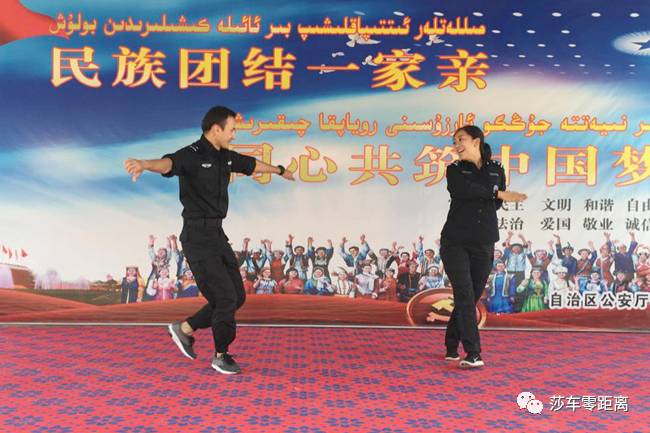