January 10, 2019
Kazinform
Excerpt from this Article Read the Full Article

It should be mentioned that throughout the press tour in all cities and locations, interviews were taken in the mandatory presence of Chinese authorities’ representatives. It was not possible to communicate with the speakers in private.

What we were interested in was activities of the vocational centers or, as human rights activists in the world media call them, the “political re-education camps”. Abdurakip Tumurniyaz said that such institutions help persons, who have been affected by the ideas of religious extremism, improve through learning the language, the laws, and a blue-collar profession. It is impossible to pray there because it is an educational institution.

The journalists are brought to the Kashgar vocational center (“political re-education camp”), about which much has been written on the Internet. However, representatives of foreign media were never to visit it.

There are 2,000 people, mostly Kashgari Uyghurs aged between 20 and 40, as well as older people they are now fewer. Two-thirds of them are men. According to representatives of the center’s administration, this institution is the largest one not only in southern Xinjiang but all over the XUAR. The center was established in late 2017. For now, around 1 thousand people have completed training.

The foreign journalists were given insight into the exemplary educational process: lessons of Chinese language, Chinese law, physical education, and art - singing and dancing.
In the presence of accompanying persons, the educatees of the center tell how they got at this institution. All the stories voiced are almost the same.

“I violated the laws of China - I was indoctrinated with ideas of religious extremism, I watched myself and distributed religious extremist videos to my friends. Here I study sewing. Every week we visit our relatives at home,” says Turdygul, a 25-year-old Uygur woman.

According to another educatee, Bilikkyz, it is forbidden to pray in the educational institution. But, this can be done at weekends while going to the city.

“I got here in early January 2018. After mastering the Chinese language, studying the laws and working specialty, I will leave this place with a diploma. We are given halal food here. Every week from Saturday morning to Sunday evening we have the opportunity to go to the city and visit our relatives. After completing my studies, I plan to start my own tailoring business,” she told reporters in an interview.

“I have been studying here for 11 months. I was indoctrinated with religious extremist ideology - I studied relevant sermons and shared them with friends. I am local, married. I have a little daughter. My parents and husband Akbar, who works as a taxi driver, look after her. Fortunately, every weekend I have the opportunity to visit my family. After completing my studies, I plan to open my sewing workshop,” 24-year-old Gulnigar shares her story.

In a men’s dormitory room, 6 people are accommodated. There are a washbasin and a water closet behind a small folding screen. In the corridor, there is a landline telephone for calling home during free time. Cell phones are prohibited.

According to the administration, people eat three times a day at the canteen.

Educatee Usmanzhan says he was recommended to go to study at a vocational center by representatives of the administration of his village after they became aware that he took interest in the ideas of nontraditional Islam.

The next morning, the Chinese authorities demonstrated to the representatives of foreign media how the educatees of the vocational center of Moyu County of the Hotan Prefecture go home for the weekend. At 8.30 a.m., young people with their personal belongings got on two buses and went out of the “re-education camp”.

On the second floor of the institution, as part of professional training, men were cooking food, and women were serving the tables.

Kazinform correspondent asked Emirzhan Bakir, one of the future chefs, why he was not allowed to go home for the weekend. He explained that he will be compensated next week for not leaving for the city today. And he began explaining about his voluntary stay in this center.

“I voluntarily came to this center because I have a very low level of proficiency in the Chinese language and have no profession. Therefore, I am exposed to extremist ideology. Moreover, everything is free of charge here,” Emirzhan Bakir said beneath the approving gaze of the accompanying persons.

The journalist of Kazinform asked about freedom of movement for the people in the center. Answering the question, the Party Secretary of the Hotan Prefecture said that people have the right to go to the city at weekend, and on weekdays - only for valid reasons, for instance, illness or death of relatives, a wedding party, and so on.

The subject of the demonstration Chinese-language lesson was “What is happiness?”. One of the educatees replied diligently in Chinese that “happiness is the opportunity of obtaining as much knowledge as possible.” As the teacher said, the length of stay at the center depends on the level of proficiency in Chinese.

Despite the status of these centers as educational, the institutions in Hotan are guarded by police. The indicative of this is the fact that there is a public security department station at the exit of the institution. 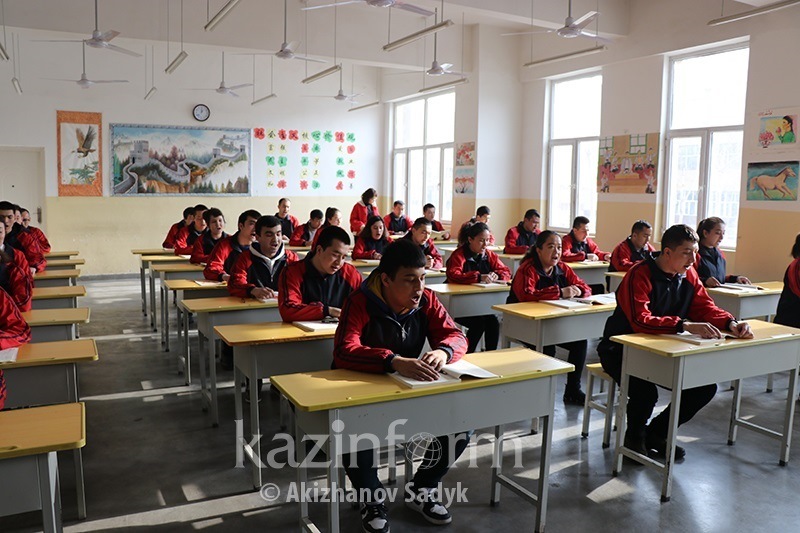 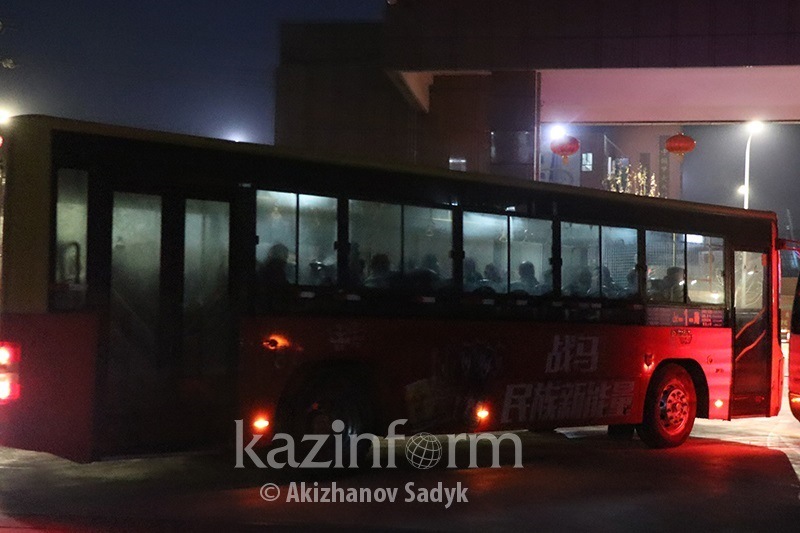 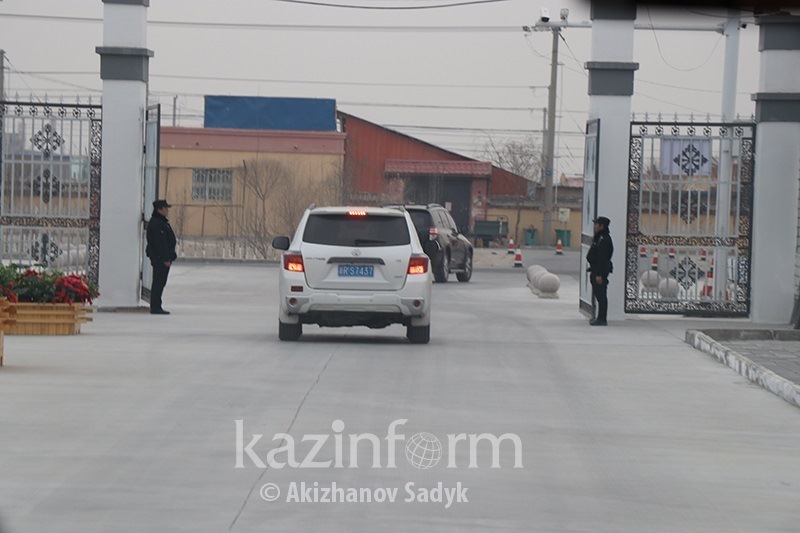 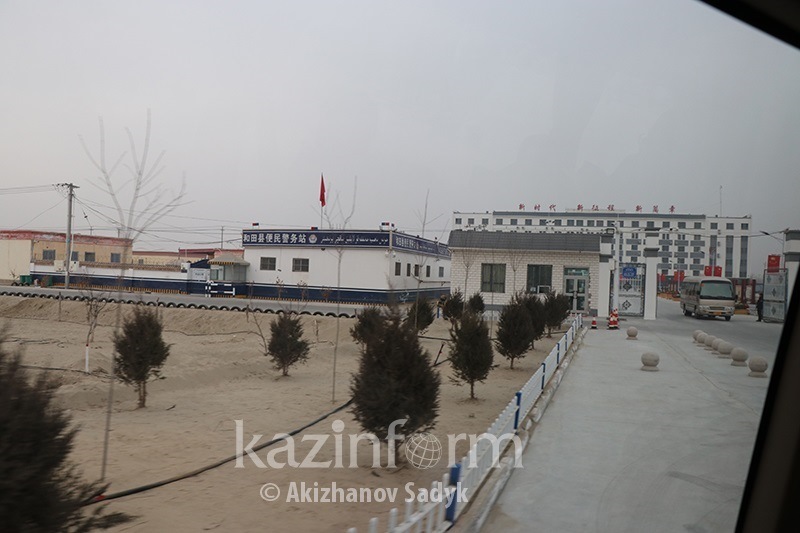 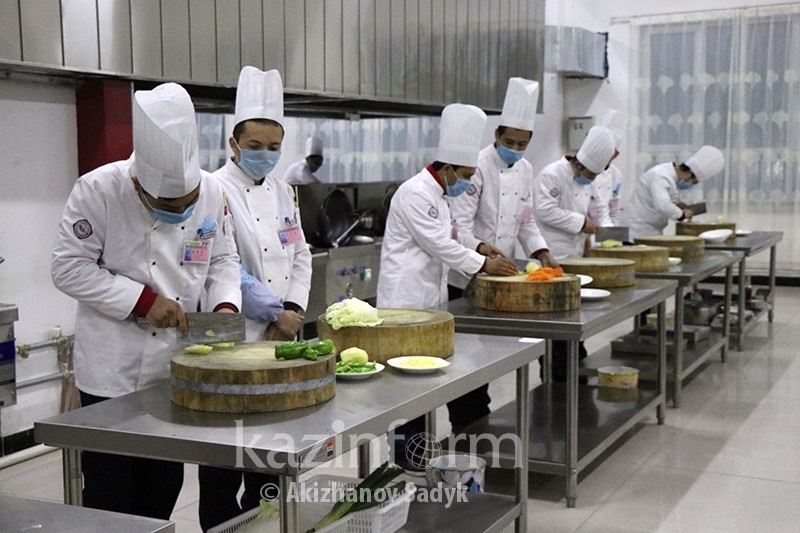 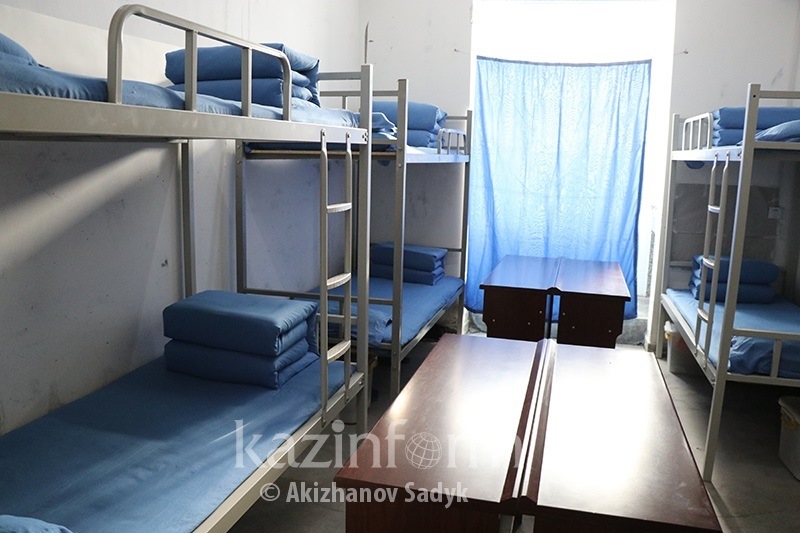 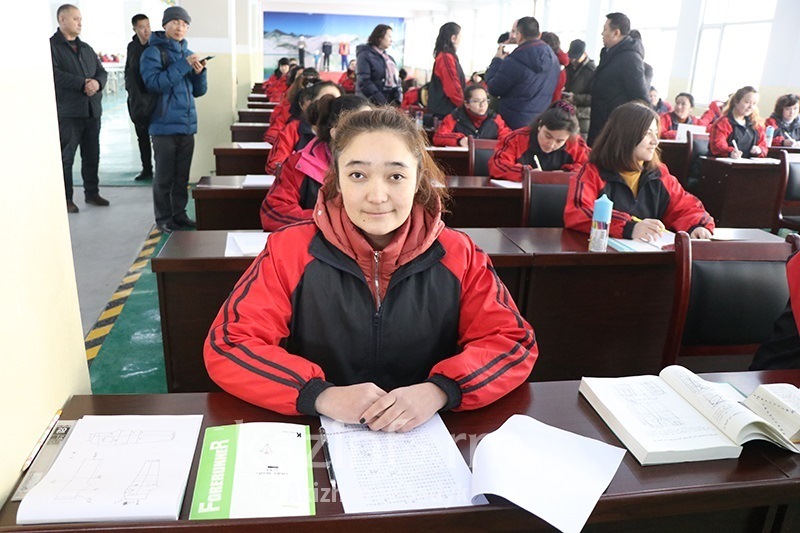 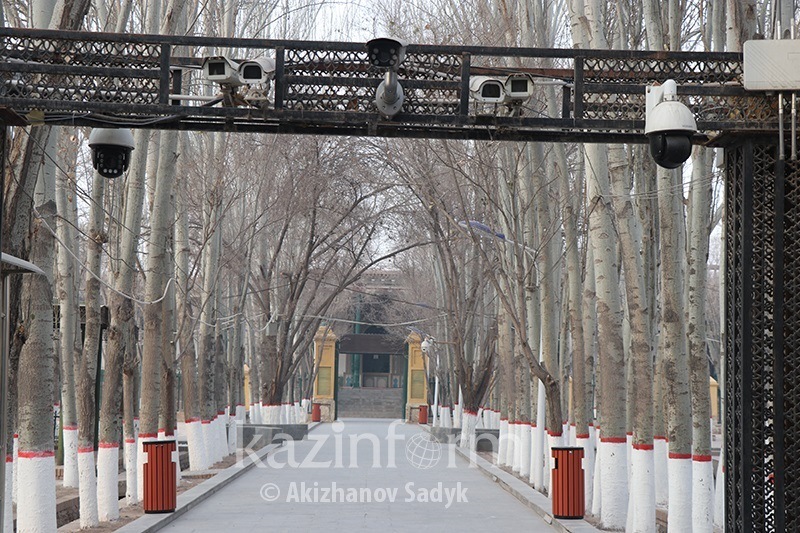