In mid-2017, a Uyghur man in his twenties, whom I will call Alim, went to meet a friend for lunch at a mall in his home city, in the Xinjiang Uyghur Autonomous Region in northwest China. At a security checkpoint at the entrance, Alim scanned the photo on his government-issued identification card, and presented himself before a security camera equipped with facial recognition software. An alarm sounded. The security guards let him pass, but within a few minutes he was approached by officers from the local “convenience police station,” one of the thousands of rapid-response police stations that have been built every 200 or 300 meters in the Turkic Muslim areas of the region. The officers took him into custody.

Alim’s heart was racing. Several weeks earlier, he had returned to China from studying abroad. As soon as he landed back in the country, he was pulled off the plane by police officers responding to a nationwide warrant for his arrest. He was told his trip abroad meant that he was now under suspicion of being “unsafe.” The police then administered what they call a “health check,” which involves collecting several types of biometric data, including DNA, blood type, fingerprints, voice signature and face signature—a process which all adults in Xinjiang are expected to undergo. Then they transported him to one of the hundreds of detention centers that dot northwest China.
…
But what he didn’t know until police arrested him at the mall was that he had been placed on a blacklist maintained by the Integrated Joint Operations Platform (IJOP, or 体化联合作战平台), a regional data system that uses AI to monitor the countless checkpoints in and around Xinjiang’s cities. Any attempt to enter public institutions such as hospitals, banks, parks or shopping centers, or to cross beyond the checkpoints of the dozen city blocks that were under the jurisdiction of his local police precinct, would trigger the IJOP to alert police. The system had profiled him and predicted that he was a potential terrorist. Officers told Alim he should “just stay at home” if he wanted to avoid detention again. Although he was officially free, his biometrics and his digital history were being used to bind him in place. “I’m so angry and afraid at the same time,” he told me. He was now haunted by his data. 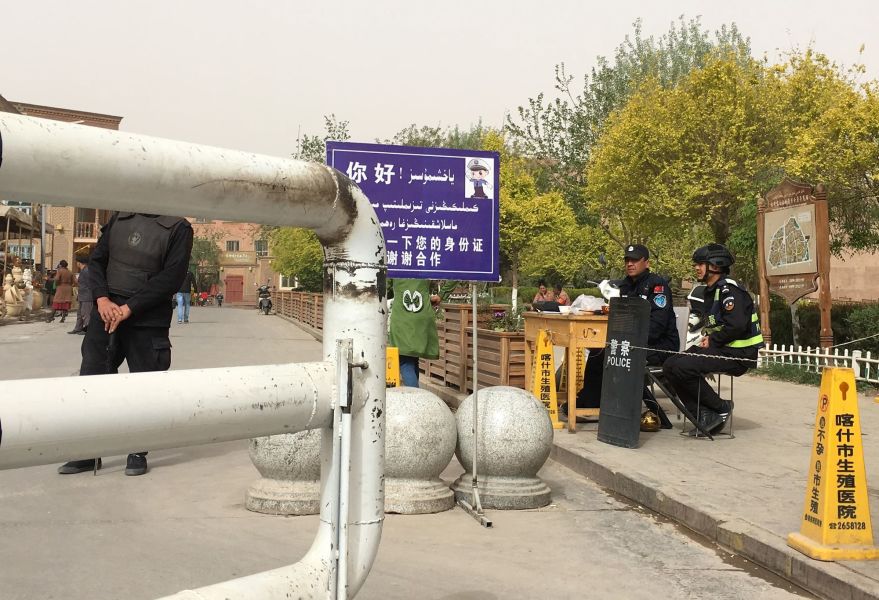