Using primary and secondary sources, we have compiled a dataset consisting of 1,046 cases of Turkic imams and other religious figures from East Turkistan detained for their association with religious teaching and community leadership since 2014.1 The total cases in the dataset should not, however, be construed as an estimate of the total number imams detained or imprisoned. The total cases we have reviewed likely represent only the very tip of the iceberg, given severe restrictions on access to information.

The dataset shows that the government has targeted mostly male Uyghur religious figures born between 1960 and 1980. However, a sizable minority of Kazakh Islamic clergy of roughly the same demographic group have also been detained, as well as several Kyrgyz, Uzbek, and Tatar figures, indicating the breadth of persecution. Up to 57 cases in our dataset (5%) concern individuals over the age of 60.

The high rate of prison sentences (versus shorter-term camp detentions) in the dataset offers clues about the target and motivation of Chinese government policy in relation to religious figures. That 41% of the individuals in our dataset have been given prison sentences illustrates the intention of the Chinese government not just to criminalize religious expression or practice, but also to consider imams criminals by virtue of their profession.

Grounds for imprisonment in the cases we reviewed include “illegal” religious teaching (often to children), prayer outside a state-approved mosque, the possession of “illegal” religious materials, communication or travel abroad, separatism or extremism, and officiating or preaching at weddings and funerals, as well as other charges that simply target religious affiliation. The dataset includes cases of prison sentences of 15 years or more for “teaching others to pray,” “studying for six months in Egypt,” and “refusing to hand in [a] Quran book to be burned,” as well as a life sentence for “spreading the faith and for organizing people.”

Some of those detained were once formally sanctioned by the government to serve as imams, suggesting that the imams’ “criminality” is the result of a policy reversal. Several cases also indicate that the government applied retroactive sentences for alleged violations that took place years prior.

Our dataset also indicates a major spike in the sentencing of religious figures in 2017, tracking closely with available government data.3 Of the 304 cases we reviewed that included data on length of sentence, 96% included sentences of at least five years, and 25% included sentences of 20 years or more, including 14 life sentences, often on unclear charges.
…
In addition to placing harsh restrictions on imams and religious figures, and to destroying the physical spaces where they operate, the Chinese government has pursued an extreme campaign to prohibit nearly every Islamic practice foundational to the Uyghur people. In policy and practice, authorities have prohibited the teaching of religion at all levels of education; banned the use of traditional Islamic names like Muhammad and Medina for Uyghur children; banned long beards for Uyghur men and headscarves for Uyghur women; instituted an “anti-halal” campaign to prevent the labeling of food and other products as halal; criminalized Hajj pilgrimage without government approval; and adopted legislation broadly defining quotidian religious practices as “extremist,” which a group of UN independent experts urged to be repealed in its entirety. 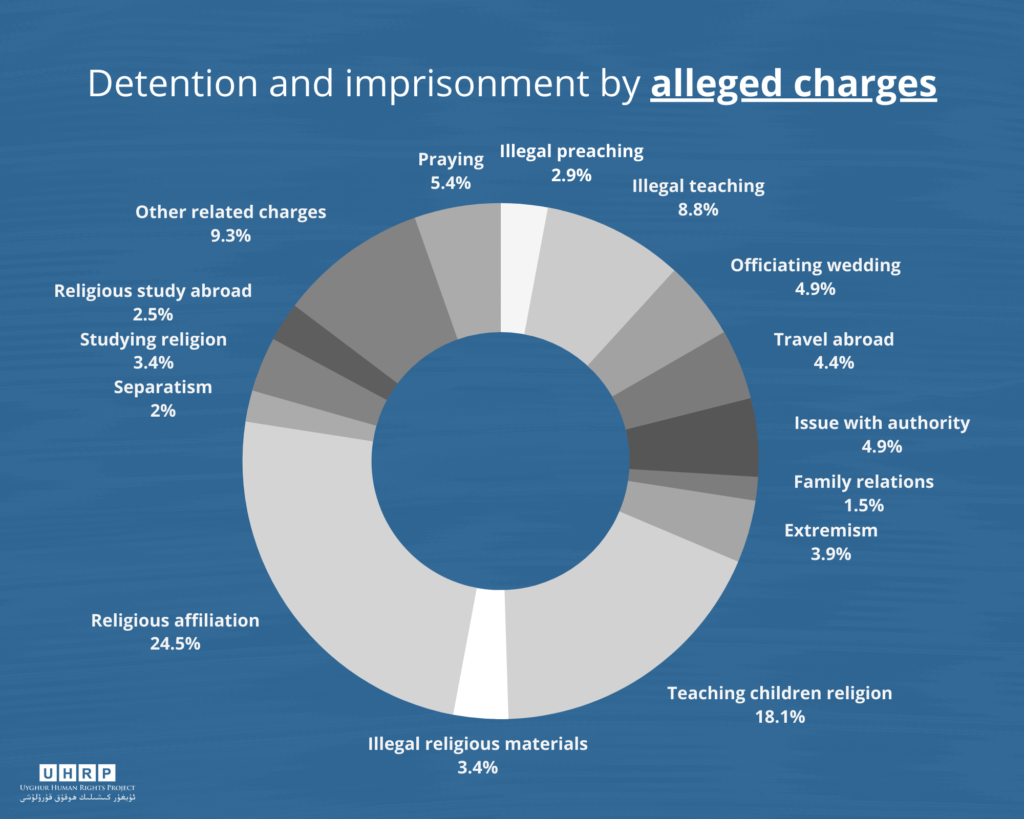 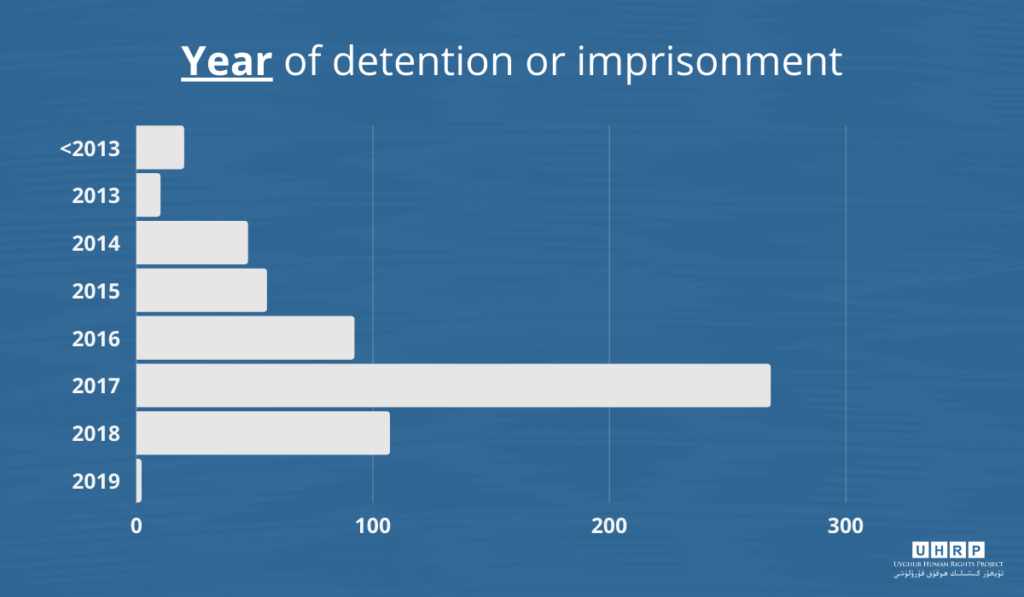 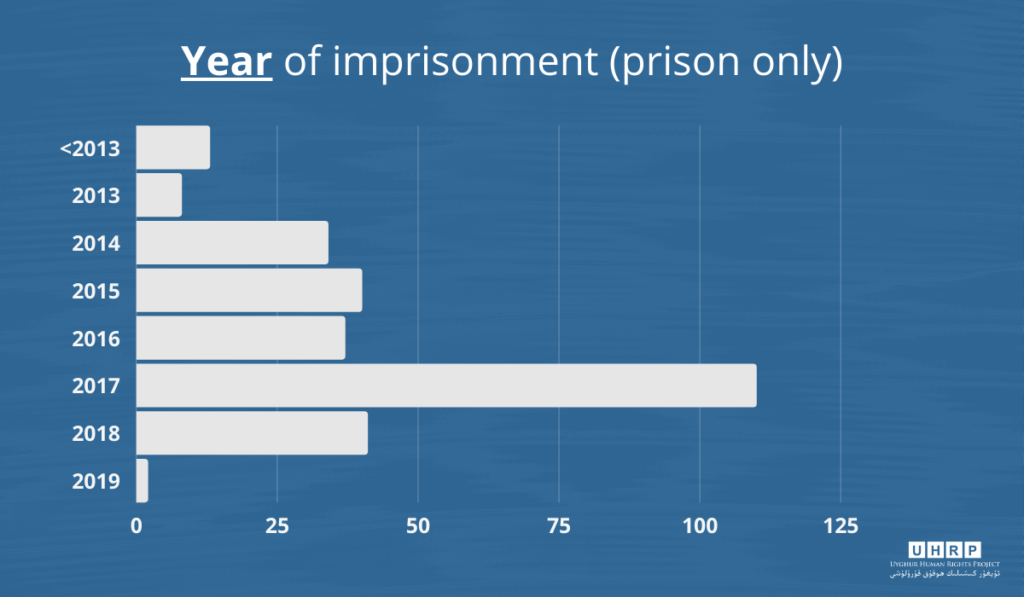 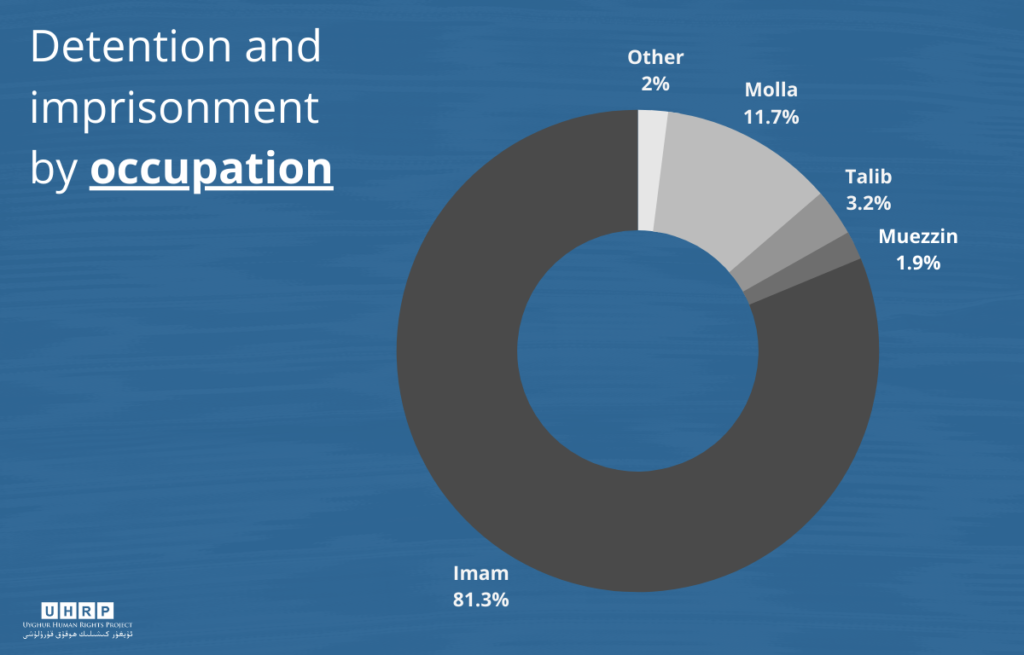 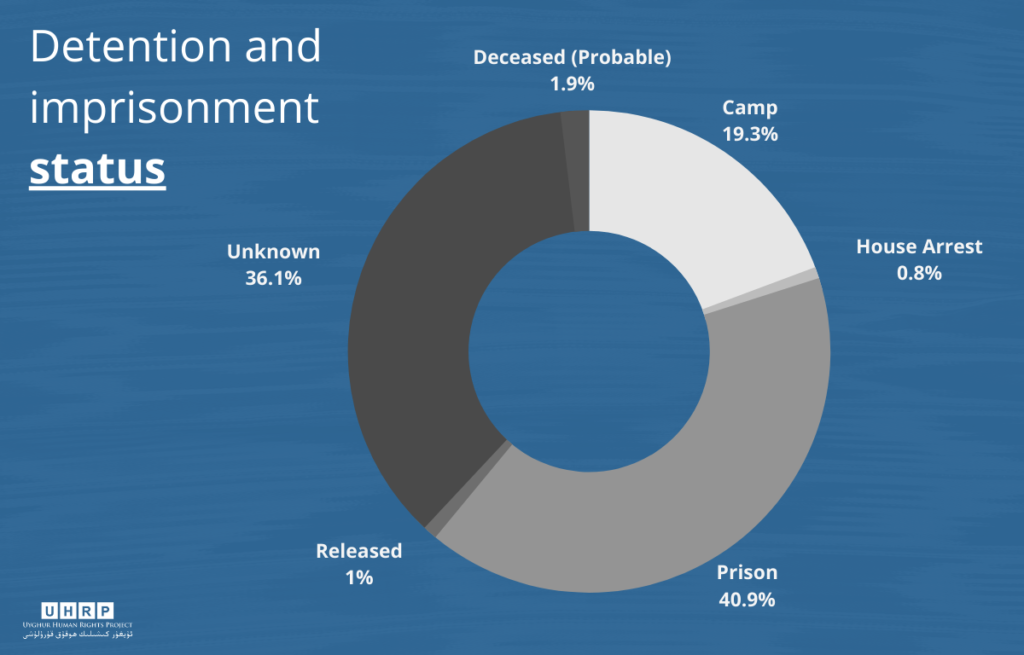