Since late last year, Beijing has launched a mobilization campaign to encourage mass dance-ins throughout Xinjiang. Mostly these take the form of competitions, and imams, as state employees, are not exempt (as the image in the Turkish press shows). In this video, for example, we see the religious elite of Uchturfan (Wushi) performing a winning rendition of the ‘Little Apple’ 小苹果, the Chinese dance that is at the centre of the new campaign. A pop song released in May 2014, the Chopstick Brothers’ ‘Little Apple‘ might be thought of as China’s answer to the Macarena, an irritatingly catchy track with simple dance moves well suited to a mass marching formation. The original Little Apple was a cheesy love song, but the version that Uyghur farmers are now stepping to is a Uyghur translation with patriotic lyrics.

[There are particular reasons why the Chinese Communist Party might be interested in promoting public dancing in Xinjiang now. Beijing is nervous about what it considers signs of religious extremism among Uyghurs, and one of these telltale signs is a disinclination to dance. In speech at the National People’s Congress in March last year, a Xinjiang representative and deputy chairperson of the China Dancer’s Association Dilnar Abdulla gave a speech claiming that religious extremists in Xinjiang were ‘campaigning for the commoners not to sing and dance, even not permitting them to sing and dance at weddings.’

So, according to this logic, orchestrating a campaign to encourage people to dance is actually a way to get people to disavow publicly any sympathy for religious extremism. People are technically not coerced into dancing, despite what the Turkish headlines scream, but it would be a brave individual who would call attention to themselves as a potential extremist by refusing the invitation to ‘cut a rug’. Public and peer pressure is enough for most people to join in. 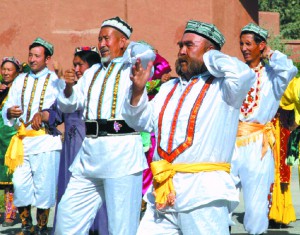 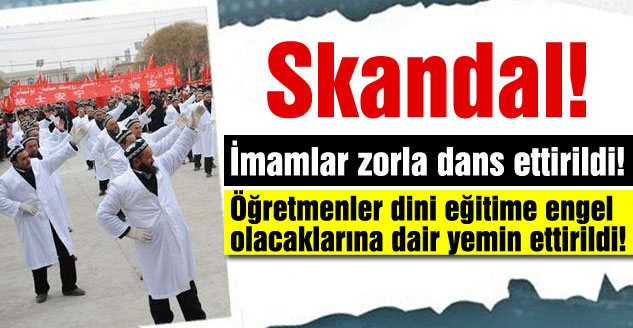