He’s not welcome in the country. He can’t even phone his mother. She said it was better if he didn’t, because every time he did, police would show up at her door.

So, when Elkun’s father died in 2017, there was no way he could go back to China for the burial. To be closer to his family, he would view his father’s grave on Google Earth.

“I know exactly where his tomb is,” Elkun told CNN in his north London home. “When I was a kid we would go there, pray at the mosque, visit our relatives. The entire community was connected to that graveyard.”

He “visited” his father like this for nearly two years. But in June, something changed. The satellite photo on Google had been updated and the graveyard that used to be there was now nothing more than a flattened, empty field.

“I had no idea what happened,” said Elkun. “I was completely in shock.”

Elkun’s story is not unique.

China appears to have been destroying traditional Uyghur cemeteries for several years as part of what critics describe as a broader, coordinated campaign to control Islamic beliefs and Muslim minority groups within its borders.

In a months’ long investigation, working with sources in the Uyghur community and analyzing hundreds of satellite images, CNN has found more than 100 cemeteries that have been destroyed, most in just the last two years. This reporting was backed up by dozens of official Chinese government notices announcing the “relocation” of cemeteries.
…
CNN shared before and after images with five experts from Canada, the United States and Australia with experience in Uyghur culture or satellite imagery. They included Rian Thum, a respected historian who uses satellite imagery as part of his research into Islam in China.

Thum confirmed the majority of the satellite images shared with him were undoubtedly destroyed cemeteries. The other four experts verified the rest of the sites.
…
Cemeteries are important in every culture, but perhaps more so in Uyghur culture. Cemeteries are central to village life, a place to meet and connect one generation to the last.

“It’s akin for an American to see Arlington cemetery razed and the tomb of the unknown soldier dug up and paved over,” said Thum.

“People would come to a shrine or cemetery from all over the Uyghur region for the annual pilgrimage festival… People pray for health and blessings, meet neighbors, share communal feasts and shop at carnival-like markets.”

Experts and activists said cemeteries that had existed for hundreds of years were wiped out in a matter of months.

According to Uyghur activists and documents, the Sultanim Cemetery in the center of southwestern Hotan had existed in one form or another for more than 1,000 years, and was one of the most spiritually significant resting places in the city.

According to satellite images, it was completely flattened by April 2019.

Some cemeteries were redeveloped quickly with seeming disregard for the spiritual places they once were, the investigation by AFP showed, paved over and seeded with modern buildings.

Part of the Sultanim Cemetery appears to now be a parking lot.

The May 2017 notice gave relatives just over two weeks to come and register their loved ones’ graves before the removal and relocation work started. “Those graves that have not been registered within the date will be seen as unclaimed graves,” the notice said.

What happened to the unclaimed graves was not mentioned.

Other official reasons for the destruction include wanting to build “civilized” cemeteries to “promote cultural and ideological progress.” 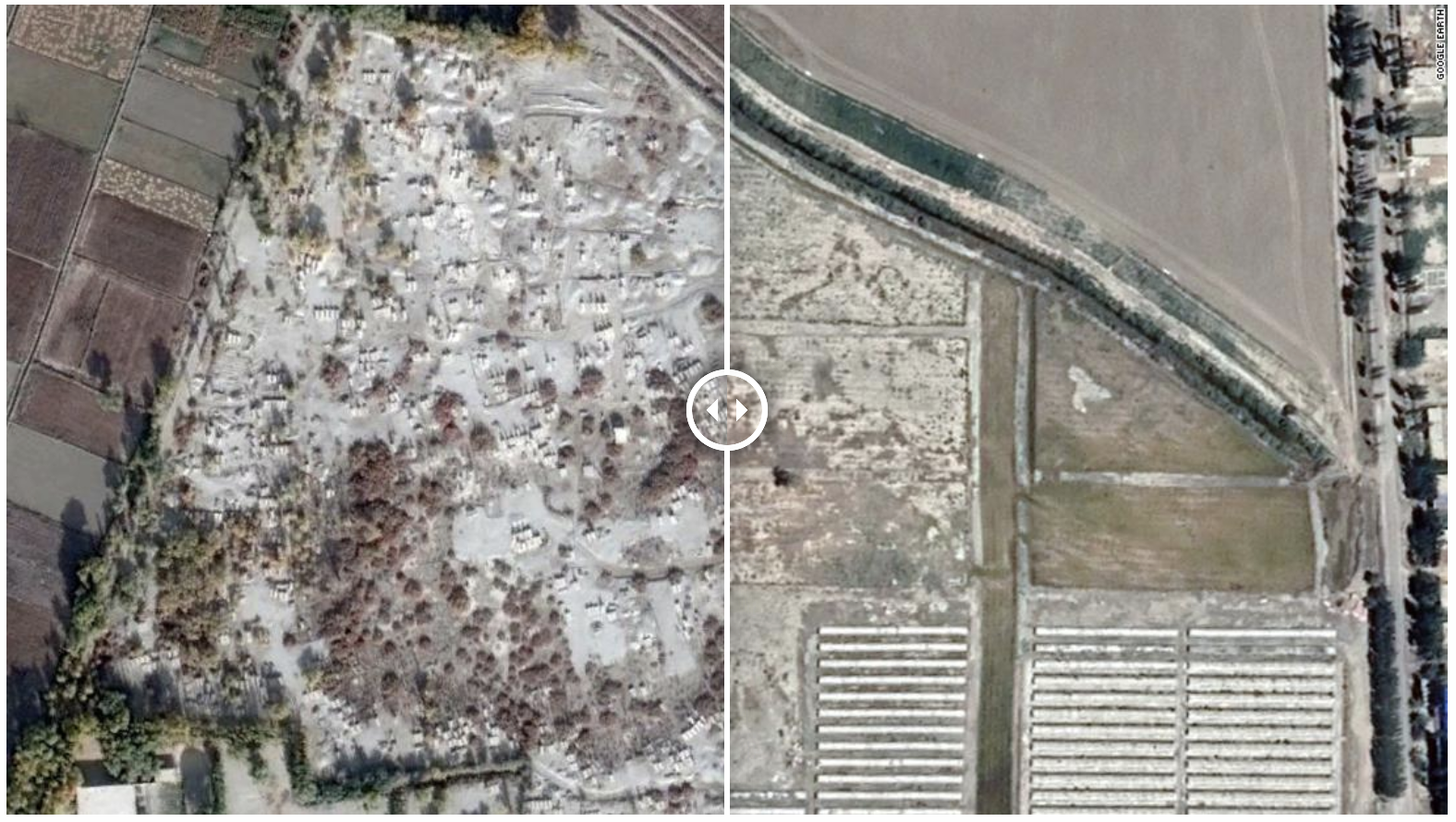 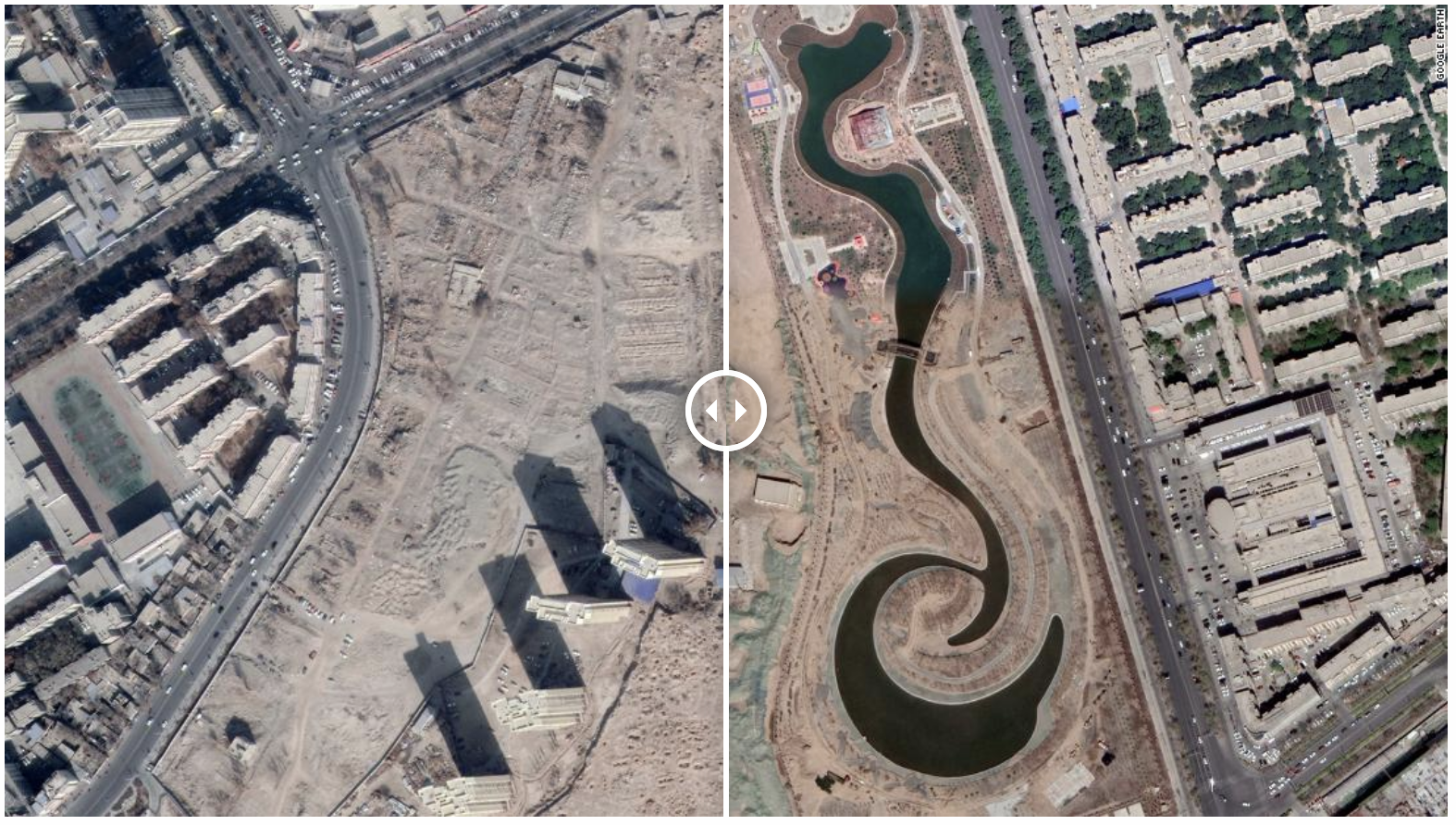 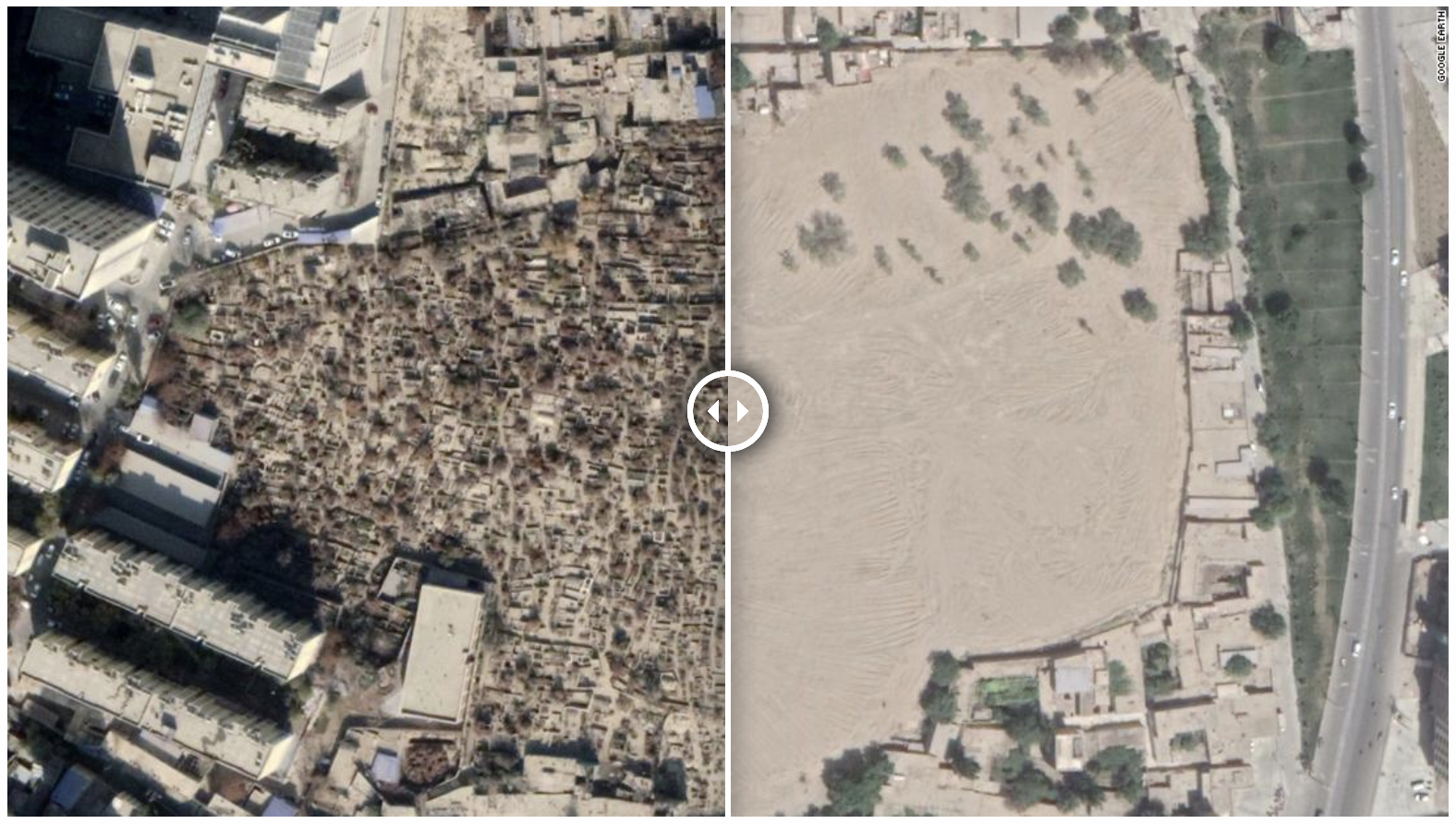 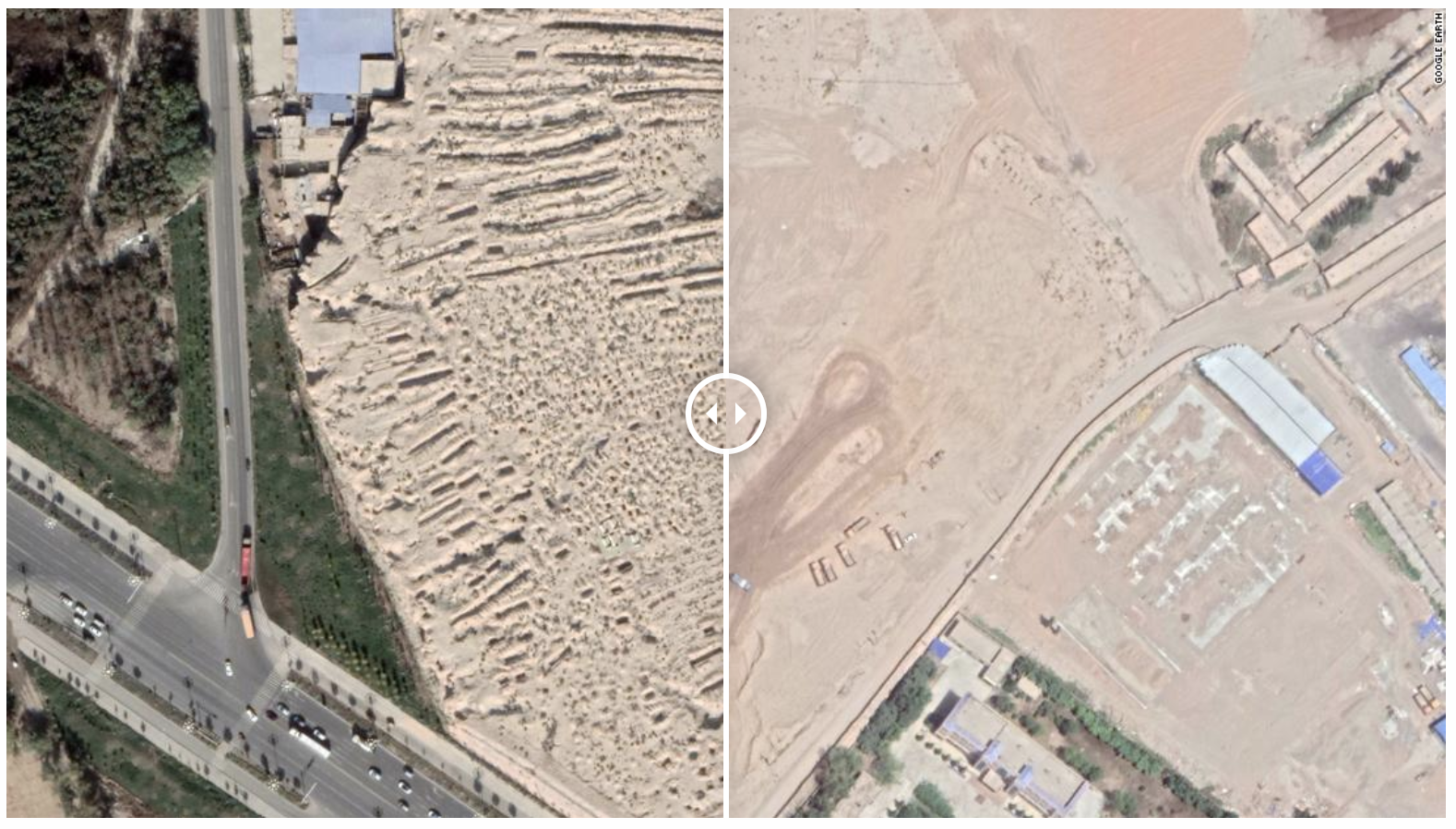