Database Entry: Navigating Checkpoints in the Uyghur Homeland
Surveillance Use of technology Restrictions on movement

Navigating Checkpoints in the Uyghur Homeland

May 10, 2018
Living Otherwise Darren Byler
Excerpt from this Article Read the Full Article

At the checkpoint exiting the highspeed rail station in Turpan I observed the way “native” (Uy: yerlik) people were directed through two long lines to have their IDs checked while others were permitted to go through a line through an exit gate on the left without any check at all. The determination of who was “native” was made by a Uyghur officer who was scanning our faces for racial phenotypes and the level of fear in the individual. People who walked confidently without looking at the officer were sometimes read as Han even if they were not.

While I was there a young Uyghur man was escorted in. He was nervous and stuttering a bit, his face was pale. The officer accompanying him said his ID had beeped when he went through the checkpoint. My second face scan of the day was done so I wasn’t able to stay and hear what they were going to do with him.

Over the course of a week in cities across the Uyghur homeland I went through dozens and dozens of checkpoints. I saw young Uyghur officers berate elderly Uyghurs for not showing their IDs. I saw many random checkpoints at the sides of the road that only targeted Uyghur young men and women; or that only targeted cars driven by Uyghurs. Throughout my time there I did not see a Han person asked to show his or her ID at spot checks in the Uyghur districts of Ürümchi, Turpan or Kashgar. The unwritten rules were clear.

At some checkpoints, officers also ask Uyghur young people to give them the passwords to open their smart phones. At these checkpoints, the officers look at the spyware app Clean Net Guard (Jingwang Weishi) that all Uyghurs are now required to install on their phones. The officers match the registration of the phone to the ID of the person and they also see if any alerts have been issued by the app. The app scanned the content on the phone and content sent from the phone for any material deemed “extremist” or “separatist.” These types of checkpoints are particularly harrowing for young Uyghurs, because the evidence from these scans is used to send Uyghurs to indefinite detention in reeducation camps.

At a checkpoint in Kashgar’s Old City I came across a Uyghur woman screaming at a Han officer in Chinese. With tears in her eyes she was yelling, “How many people are left in your family?” He tried to shut her up by barking “Yak!” “Yak!” (No! No!) in Uyghur and then switching to Chinese he yelled “Bu!” “Bu!” (No! No!) trying to shut her up. People are not permitted to protest the indefinite detention of their loved ones. Those that do are often detained themselves. I didn’t linger because I didn’t want the outcome to be worse for her. 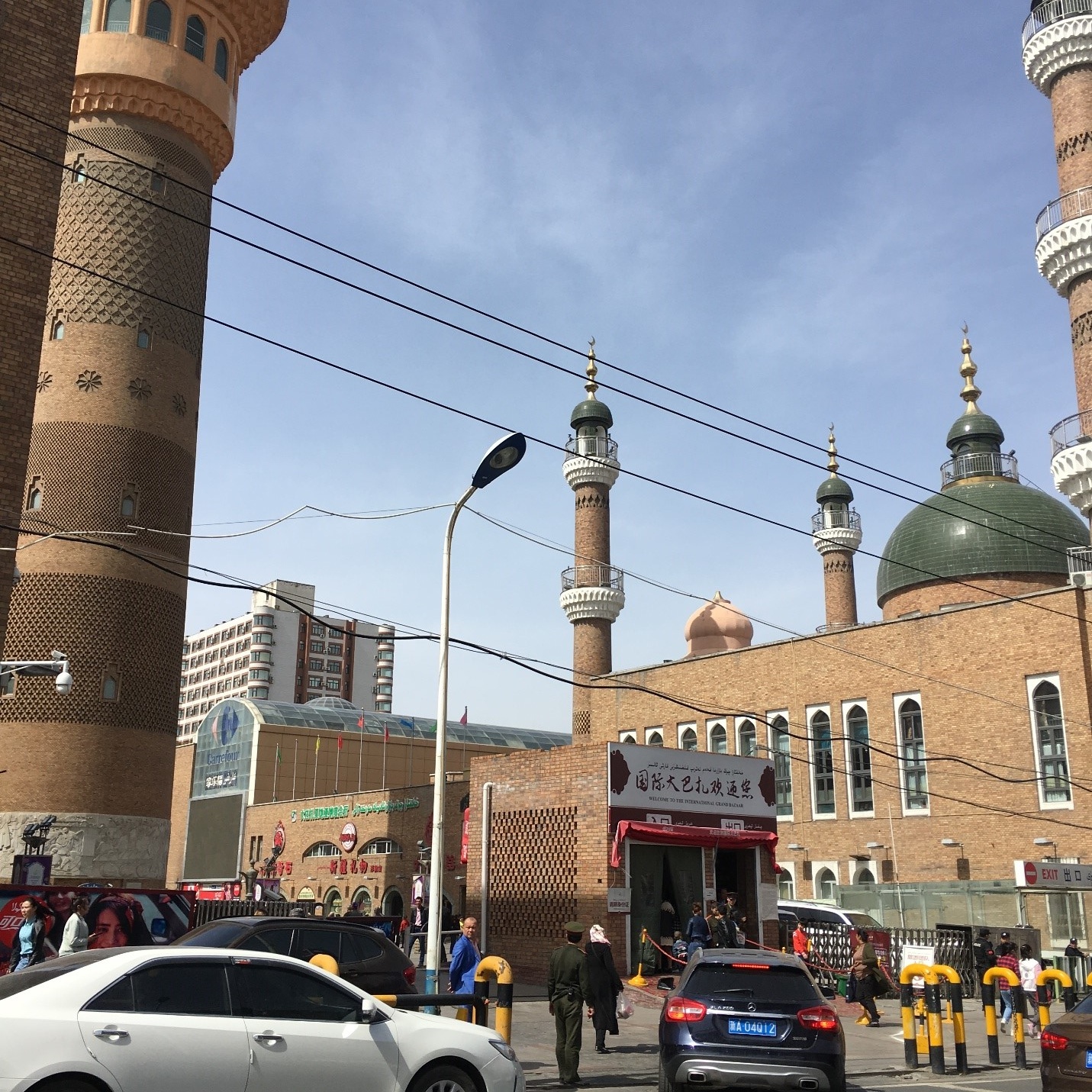 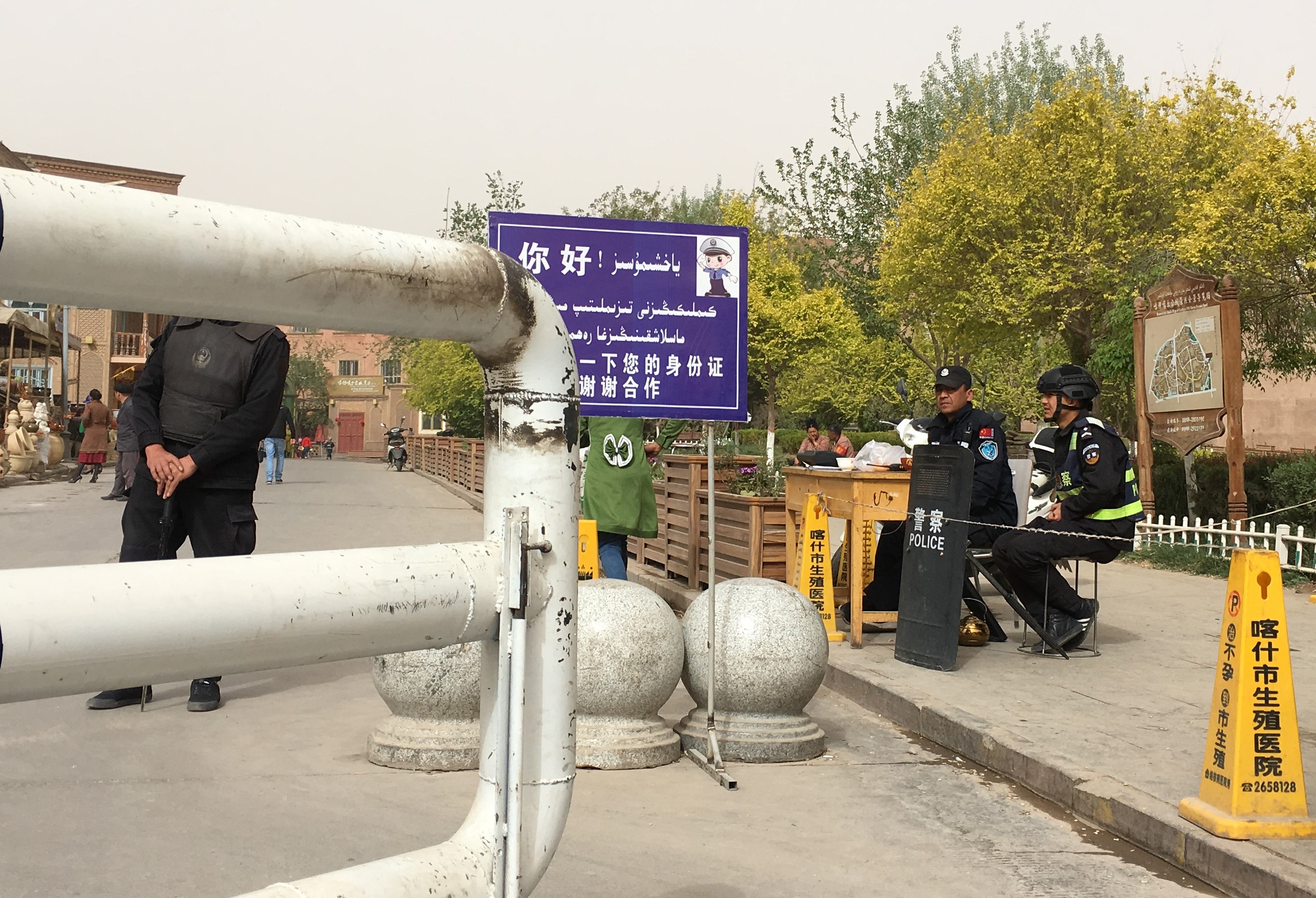 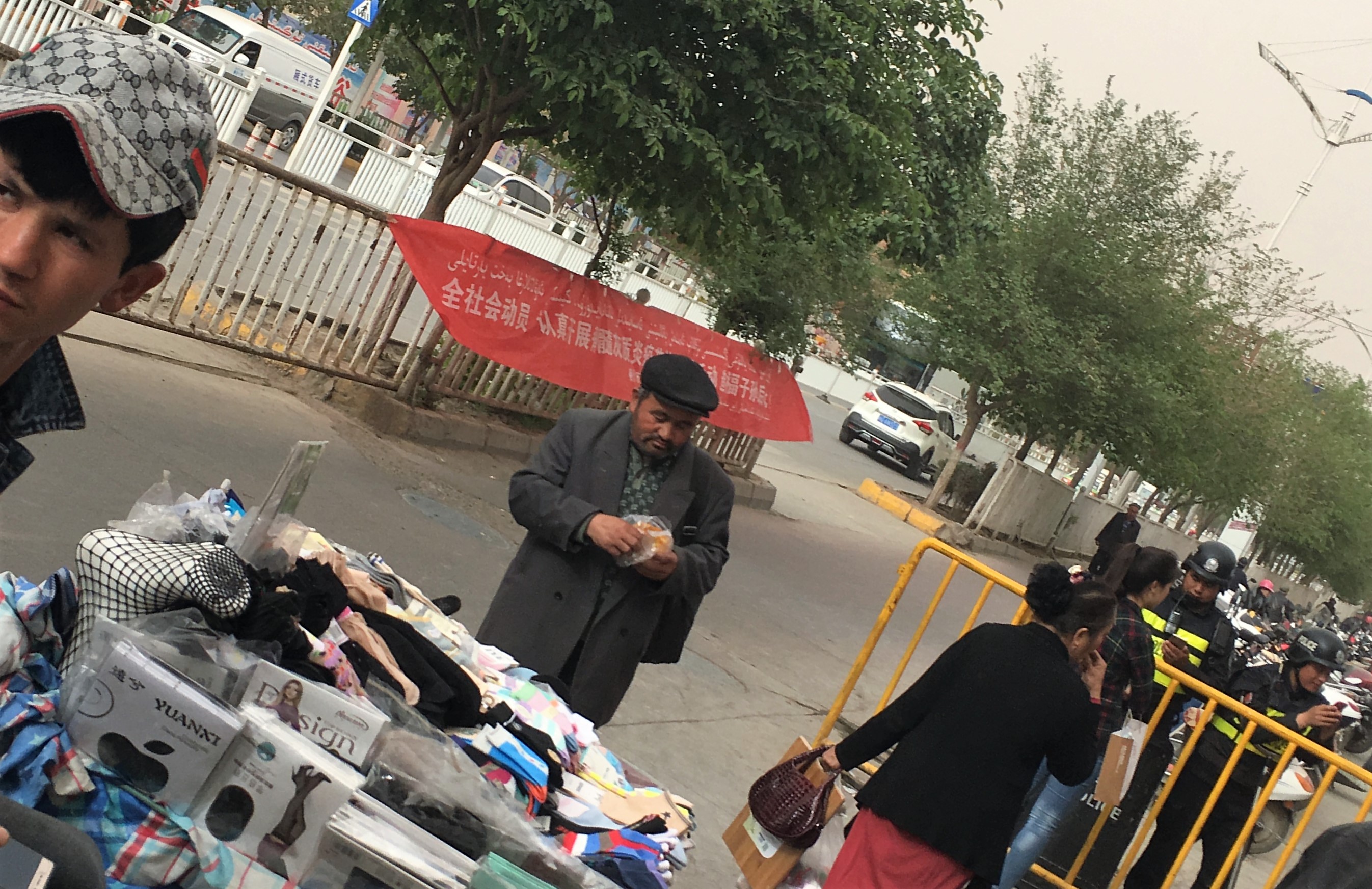