Per the arrangements of the Party Committees of the Xinjiang Uyghur Autonomous Region, Kizilsu Kyrgyz Autonomous Prefecture, Akto County, and Pilal Township, Huoyila’aleidi Village actively carried out ethnic unity “Relatives Week” activities, including cadre “relatives” being stationed in the village and visiting people’s homes. The cadres were assigned to eat, live, and work together with the masses, and carried out various tasks such as propagandizing policy to the passes, providing ideological counseling, and poverty alleviation and educational assistance. This narrowed the distance between cadres and the masses, and laid a solid foundation for the realization of social stability and long-term stability.

On February 19, Huoyila’aleidi Village organized an ethnic unity “Relatives Week” flag-raising ceremony and Raise One’s Voice and Flash One’s Sword activity. With the majestic national anthem playing, and the five-star red flag slowly rising, people stood silently in the square saluting. They also sang the national anthem together. As they witnessed the five-star red flag fluttering high in the morning breeze, everyone silently offered blessings to the motherland, wished prosperity for the great motherland, and that tomorrow will be even better.

After the flag-raising ceremony, the village representatives Shariguli and Paridan mobilized the people around them to take a clear-cut stand and struggle against the “three evil forces.” They fearlessly spoke out against religious extremism, raising their voices and flashing their swords: thanks to the party’s good policy of benefiting the people, Huoyila’aleidi Village has undergone tremendous changes. The dirt road in front of our homes has now been built into a neat asphalt road, and dirt houses have been replaced by higher-end houses built with the support of the state. The living conditions of the villagers are getting better and better. We must cherish this hard-won happy life, call on our compatriots to nestle together as tightly as pomegranate seeds, take the initiative to maintain ethnic unity, social stability, and the unity of the motherland, and fight resolutely against the “three evil forces” and “two-faced people,” jointly defending our beautiful home.

Liu Shuwei, the first secretary of the village, led all the cadres and the masses to take a solemn oath. He called on the masses to wholeheartedly support the Communist Party of China, love the Communist Party of China, always listen to the Party’s words, be grateful to the Party, and follow the Party. He called on them to use practical actions to oppose ethnic division, maintain the unity of the motherland, maintain ethnic unity, be qualified citizens who abide by laws and regulations, and contribute to building a beautiful homeland of unity, harmony, stability, and happiness. The activities of raising the flag, flashing one’s sword, charging ahead, and resolutely fighting against illegal religious activities are the declaration of justice for this struggle. They concentrate the powerful forces of the cadres and the masses of all ethnic groups to maintain social stability and long-term stability. They inspire the confidence and determination of the people of all ethnic groups to fight against separatism!

More than 1,500 people, including all the villagers, all of the “Relatives,” and everyone else stationed in the village, participated in the flag-raising ceremoney and the Raising One’s Voice and Flashing One’s Sword activity.

On February 19, Harmony Road Community participated in the Monday flag-raising and Raising One’s Voice and Flashing One’s Sword at the appointed time. Over 800 people turned out for the event.

At 10:00 in the morning, amid the solemn national anthem, the five-star red flag was slowly raised, and everyone stood neatly and saluted the flag.

After the flag-raising ceremony, Adila Maimaiti, a college student who had returned home to the community, said: “Recently, more and more of society’s attention as been on Raising One’s Voice and Flashing One’s Sword. Whether it is the profundity of “Five Questions to Uyghur Youth” the sincerity of “The Book to Awaken Uyghur Compatriots,” or the expectation of “If There Were No Terrorist Activities,” each have moved me deeply. These brave and powerful voices of Xinjiang expressed the aspirations of the people of all ethnic groups, and expressed the love of sons and daughters for their motherland.”

Peng Guobing, the first secretary of Baishan Road Community, raised his voice and flashed his sword, pointing out the behavior and dangerousness of ‘two-faced people’ among the ranks of the cadres. While declaring his position, he said, “to be a Party cadre, I must, in line with the realities of the situation in Akto, firmly establish the ‘Four Consciousnesses,’ strictly follow political discipline and political rules, constantly enhance political acumen and political discernment, achieve the ‘Four Alignments’, resolutely maintain in my ideology and action a high degree of consistency with the Party Central Committee with Comrade Xi Jinping at the core, safeguard the ethnic unity, love the people of all ethnic groups, be especially sincere, loyal, clean, and responsible, and uncompromisingly serve as a model of one who digs the graves of the ‘two-faced people’ among cadre ranks.”

On February 19, the Science and Technology Bureau’s work team, stationed in Letaoyuan Community, along with all community residents, lined up neatly and in high spirits to hold a flag-raising ceremony as the national anthem resounded.

The Science and Technology Bureau’s work team to “Visit the People, Benefit the People, Bring Together the Hearts of the People” in Letaoyuan Community, together with the community’s Party branch, arranged for three returned college students to carry out a “Letaoyuan Community Returning College Students Raising their Voices and Flashing their Swords Educational Activity.” Everyone raised their voices and flashed their swords in turn to demonstrate their attitude: to resolutely fight against the three evil forces, and make unremitting efforts to realize the great Chinese dream of the Chinese nation. 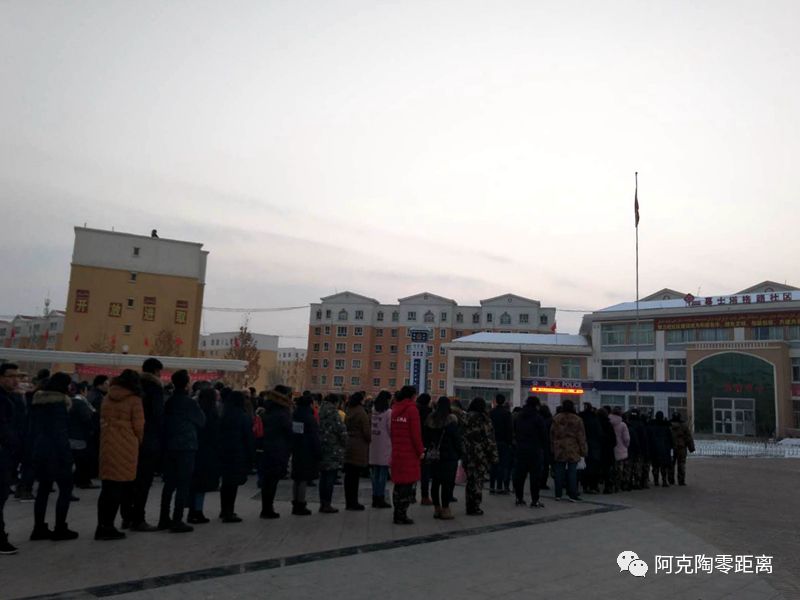 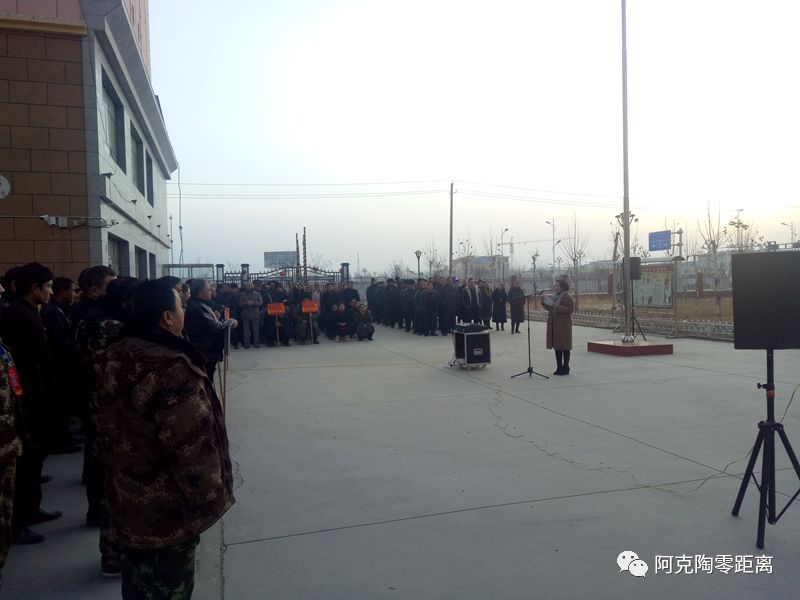