Revealed: new evidence of China's mission to raze the mosques of Xinjiang

May 07, 2019
Guardian Lily Kuo
Excerpt from this Article Read the Full Article

It is one of more than two dozen Islamic religious sites that have been partly or completely demolished in Xinjiang since 2016, according to an investigation by the Guardian and open-source journalism site Bellingcat that offers new evidence of large-scale mosque razing in the Chinese territory where rights groups say Muslim minorities suffer severe religious repression.

Out of 91 sites analysed, 31 mosques and two major shrines, including the Imam Asim complex and another site, suffered significant structural damage between 2016 and 2018.

Of those, 15 mosques and both shrines appear to have been completely or almost completely razed. The rest of the damaged mosques had gatehouses, domes, and minarets removed.

A further nine locations identified by former Xinjiang residents as mosques, but where buildings did not have obvious indicators of being a mosque such as minarets or domes, also appeared to have been destroyed.

The locations found by the Guardian and Bellingcat corroborate previous reports as well as signal a new escalation in the current security clampdown: the razing of shrines. While closed years ago, major shrines have not been previously reported as demolished. Researchers say the destruction of shrines that were once sites of mass pilgrimages, a key practice for Uighur Muslims, represent a new form of assault on their culture.

“Many mosques are gone. In the past, in every village like in Yutian county would have had one,” said a Han Chinese restaurant owner in Yutian, who estimated that as much as 80% had been torn down.

“Before, mosques were places for Muslims to pray, have social gatherings. In recent years, they were all cancelled. It’s not only in Yutian, but the whole Hotan area, It’s all the same … it’s all been corrected,” he said.

Activists say the destruction of these historical sites is a way to assimilate the next generation of Uighurs. According to former residents, most Uighurs in Xinjiang had already stopped going to mosques, which are often equipped with surveillance systems. Most require visitors to register their IDs. Mass shrine festivals like the one at Imam Asim had been stopped for years. 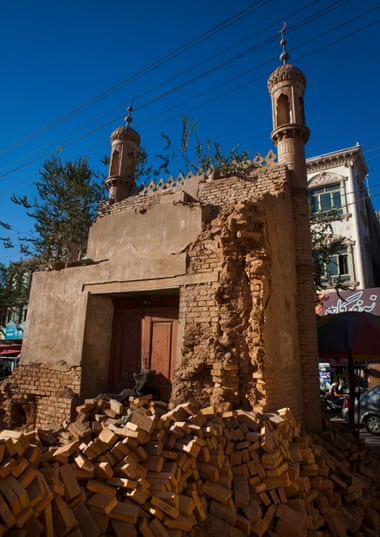 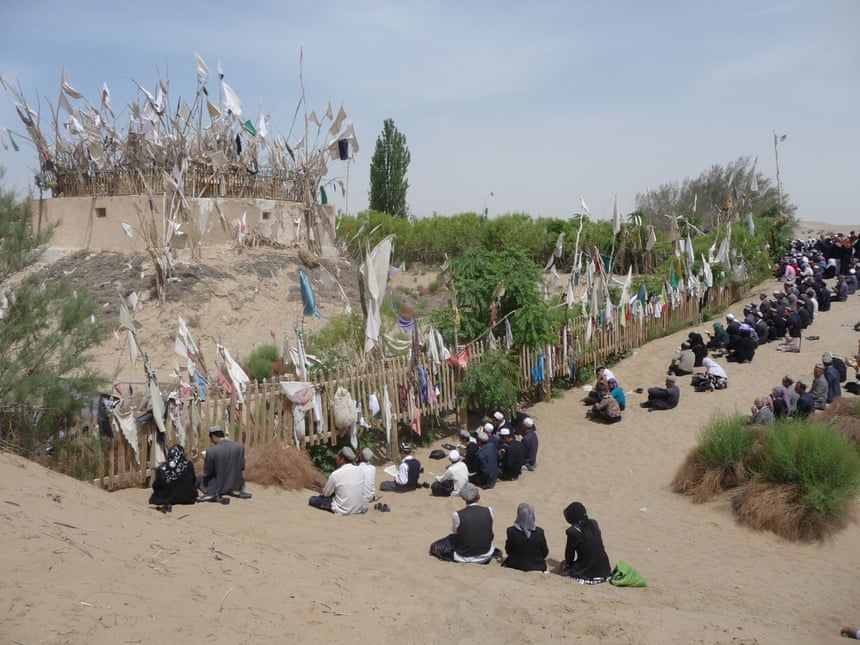