Natural population growth in Xinjiang has declined dramatically; growth rates fell by 84 percent in the two largest Uyghur prefectures between 2015 and 2018, and declined further in several minority regions in 2019. For 2020, one Uyghur region set an unprecedented near-zero birth rate target . . . intended to be achieved through “family planning work.”
Government documents bluntly mandate that birth control violations are punishable by extrajudicial internment in “training” camps . . .
Documents from 2019 reveal plans for a campaign of mass female sterilization in rural Uyghur regions, targeting 14 and 34 percent of all married women of childbearing age in two Uyghur counties that year. This project targeted all of southern Xinjiang, and continued in 2020 with increased funding. This campaign likely aims to sterilize rural minority women with three or more children, as well as some with two children—equivalent to at least 20 percent of all childbearing-age women . . . In 2018, a Uyghur prefecture openly set a goal of leading its rural populations to accept widespread sterilization surgery.
By 2019, Xinjiang planned to subject at least 80 percent of women of childbearing age in the rural southern four minority prefectures to intrusive birth prevention surgeries (IUDs or sterilizations), with actual shares likely being much higher. In 2018, 80 percent of all net added IUD placements in China . . . were performed in Xinjiang, despite the fact that the region only makes up 1.8 percent of the nation’s population. 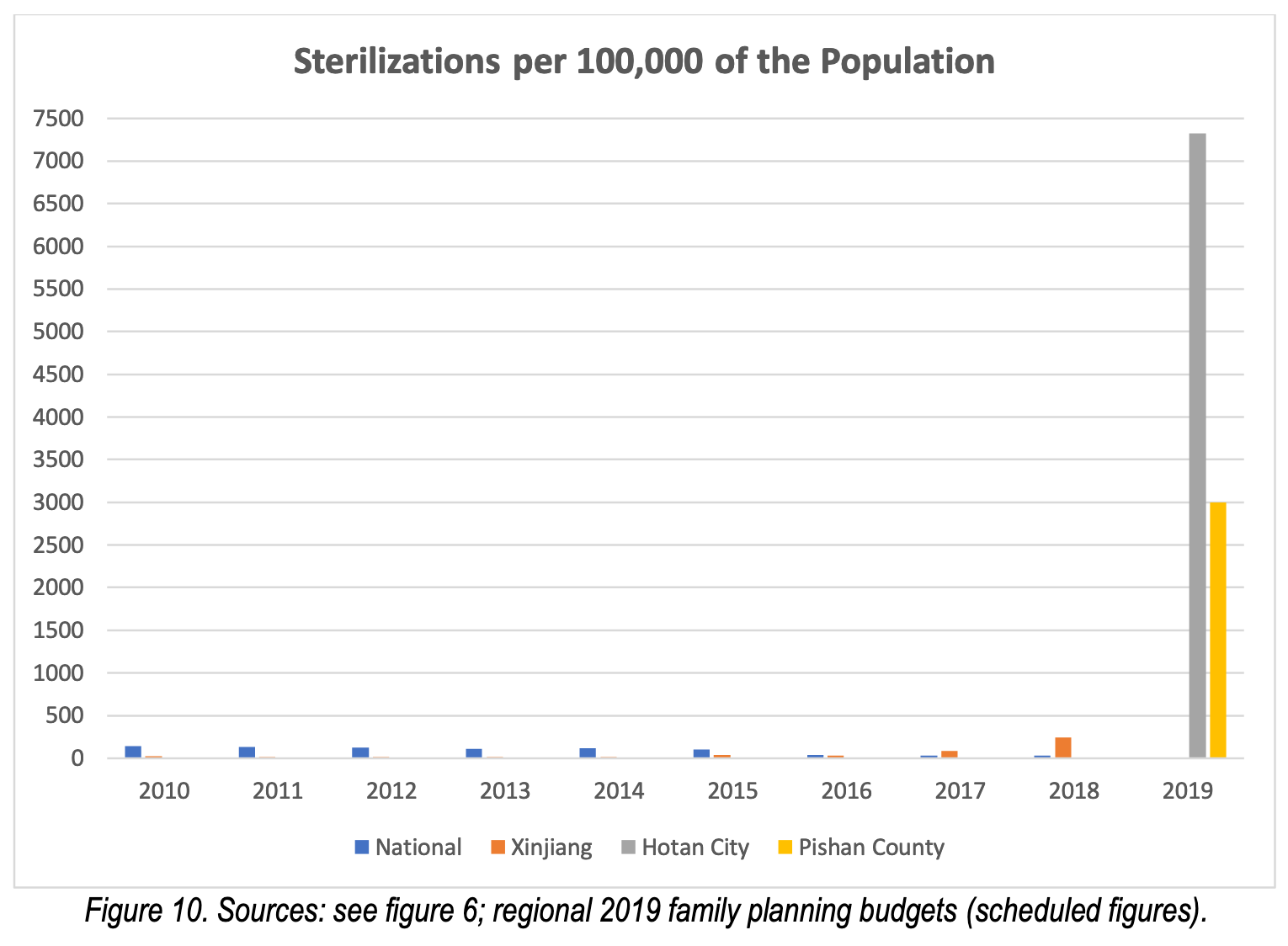