The Global Implications of “Re-education” Technologies in Northwest China

Many of the dozens of former detainees and inhabitants of the region I interviewed while researching the technological aspects of the re-education system said that they or those they knew were detained because of digital texts, audio clips, and videos that they had shared on their smartphones. In numerous cases, former detainees told me they met people in the camps who were detained because they had used their ID card to register multiple SIM cards, they had installed Facebook or WhatsApp on their Android phones, or they had used Virtual Private Networks (VPNs) to circumvent China’s “great firewall.” . . . Police departments across the region began to employ “police contractors” to check people’s devices using artificial intelligence-enabled auto-recovery tools . . . State workers and automated data collection systems fed this information into a region-wide Integrated Joint Operations Platform (IJOP). Authorities used this system, along with data collected through interrogations, to determine which Muslims were “unsafe” and in need of detention. 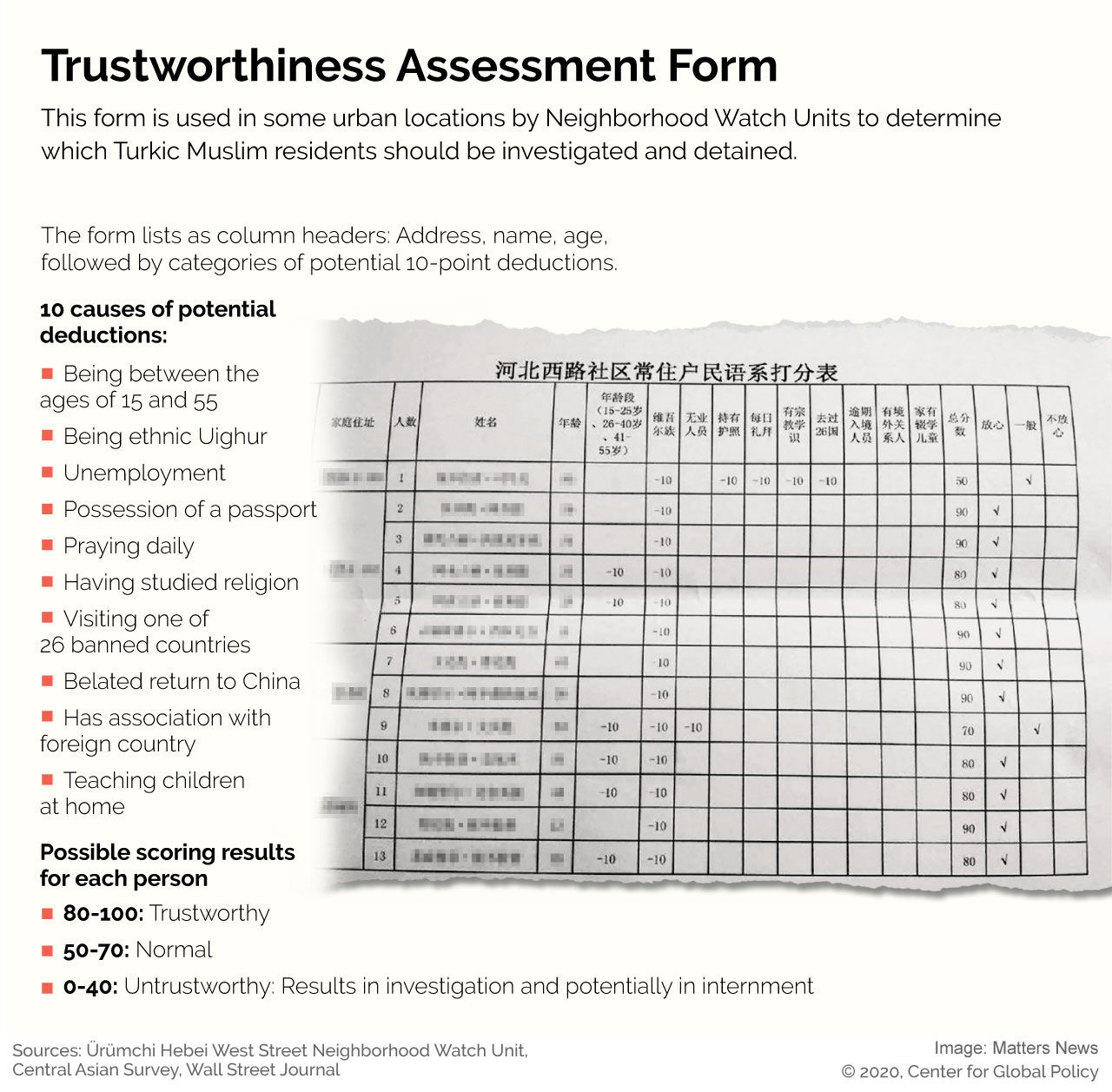