Database Entry: The Global Implications of “Re-education” Technologies in Northwest China
Surveillance Internment Use of technology

The Global Implications of “Re-education” Technologies in Northwest China

Inside the formal “re-education camps,” detainees were subjected to comprehensive monitoring. The lights inside their cells were extremely bright. They were never turned off. In interviews, former detainees who were held in camps across the region told me that at no point during the day or night were detainees permitted to obscure the view of their faces from the cameras. If they covered their eyes with their hand or a blanket they would receive an immediate warning from a guard via the speaker system in the cell.

They were living in what analysts of the computer vision company Megvii refer to as a “smart camp” or barracks – a facility that the tech firm Dahua says is supported by technologies such as “computer vision systems, big data analytics and cloud computing.” According to a camp manual, approved by Zhu Hailun, the deputy party secretary of the Uighur region, these camps are to “perfect peripheral isolation, internal separation, protective defenses, safe passageways and other facilities and equipment, and ensure that security instruments, security equipment, video surveillance, one-button alarms and other such devices are in place and functioning.” As the new regional Party Secretary Chen Chuanguo was quoted as saying, the camps should “teach like a school, be managed like the military, and be defended like a prison.” The experiences of my interviewees suggest that “smart prison” face recognition is being used on them in the camps. 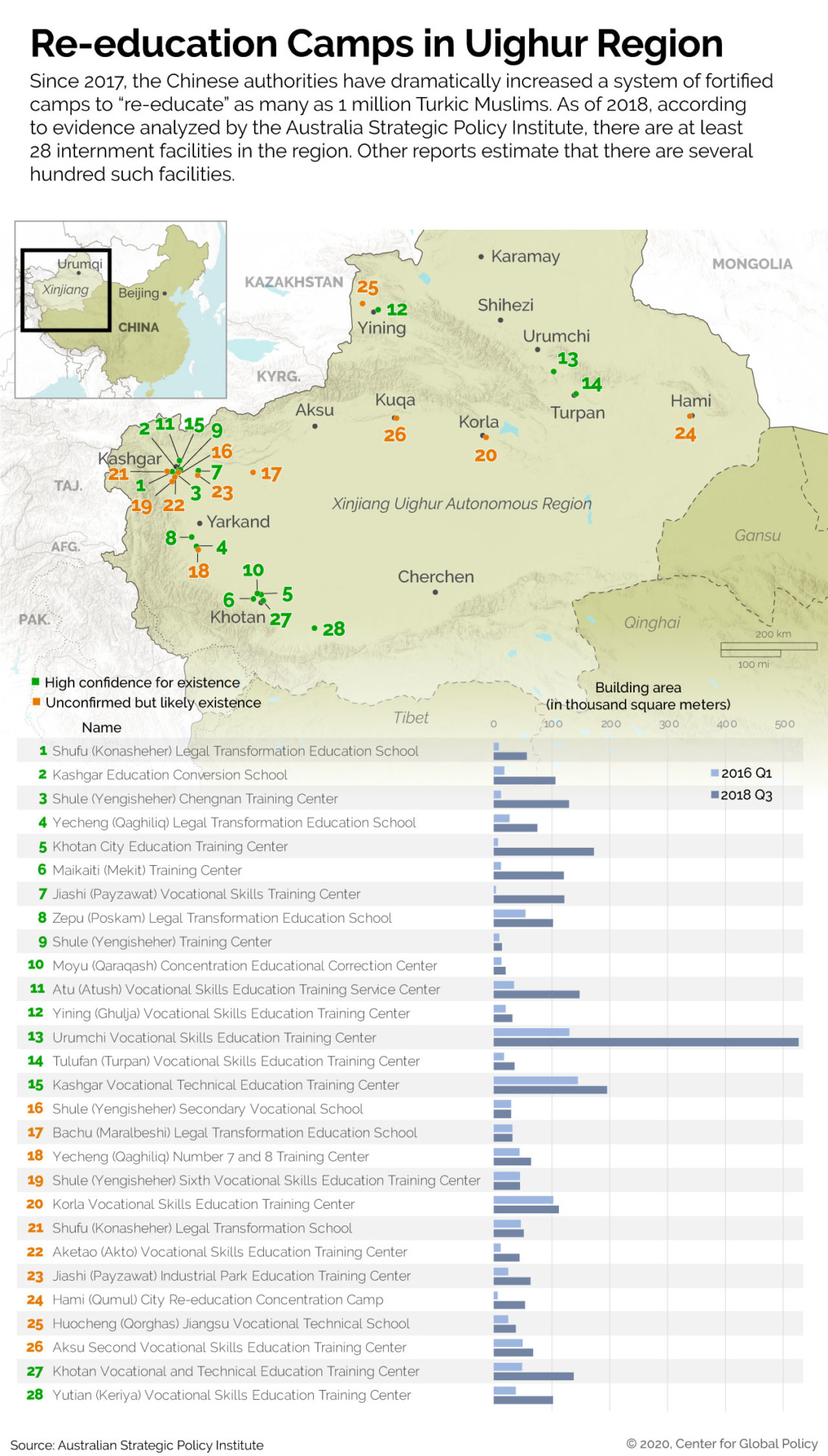