Security checkpoints with identification scanners guard the train station and roads in and out of town. Facial scanners track comings and goings at hotels, shopping malls and banks. Police use hand-held devices to search smartphones for encrypted chat apps, politically charged videos and other suspect content. To fill up with gas, drivers must first swipe their ID cards and stare into a camera.

[F]or every 100,000 people the police in Xinjiang want to monitor, they use the same amount of surveillance equipment that police in other parts of China would use to monitor millions.

[S]mall booths known as “convenience police stations,” marked by flashing lights atop a pole, appear every couple of hundred yards. The police stationed there offer water, cellphone charging and other services, while also taking in feeds from nearby surveillance cameras.
…
A description of the device that recently was removed from the company’s website said it can read the files on 90% of smartphones and check findings against a police antiterror database. “Mostly, you’re looking for audio and video,” said Zhang Xuefeng, Meiya Pico’s chief marketing officer, in an interview.

Near the Xinjiang University campus in Urumqi, police sat at a wooden table recently, ordering some people walking by to hand over their phones.

“You just plug it in and it shows you what’s on the phone,” said one officer, brandishing a device similar to the one on Meiya Pico’s website. He declined to say what content they were checking for.

Surveillance in and around Kashgar, where Han Chinese make up less than 7% of the population, is even tighter than in Urumqi. Drivers entering the city are screened intensively. A machine scans each driver’s face. Police officers inspect the engine and the trunk. Passengers must get out and run their bags through X-ray machines.

[K]nife salesman Jiang Qiankun says his shop had to pay thousands of dollars for a machine that turns a customer’s ID card number, photo, ethnicity and address into a QR code that it lasers into the blade of any knife it sells. “If someone has a knife, it has to have their ID card information,” he says. 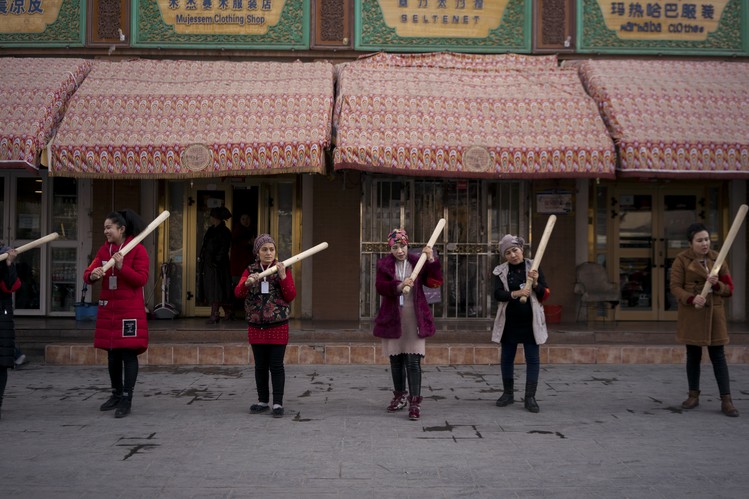 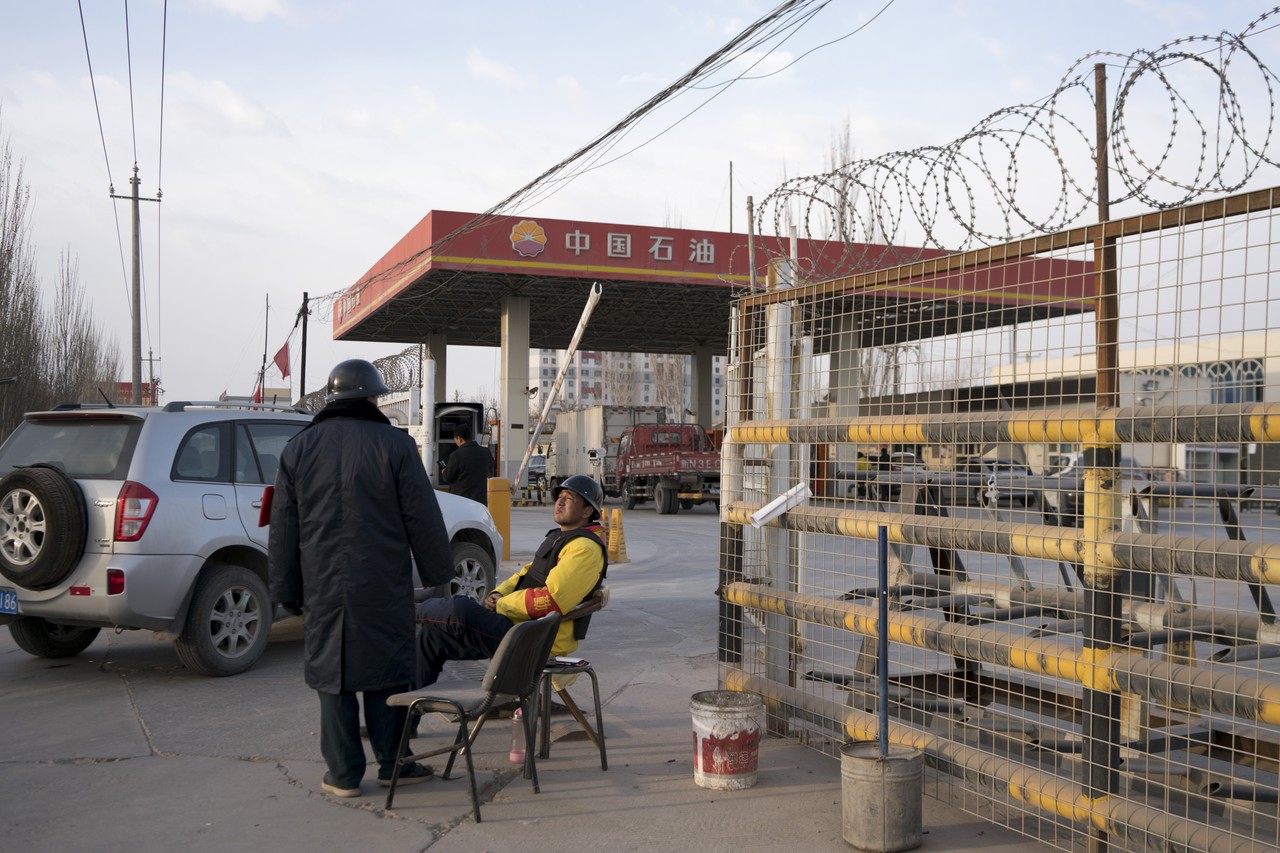 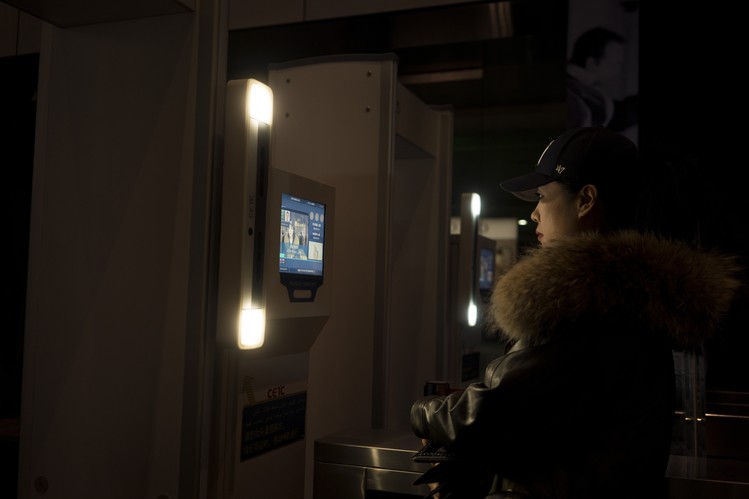 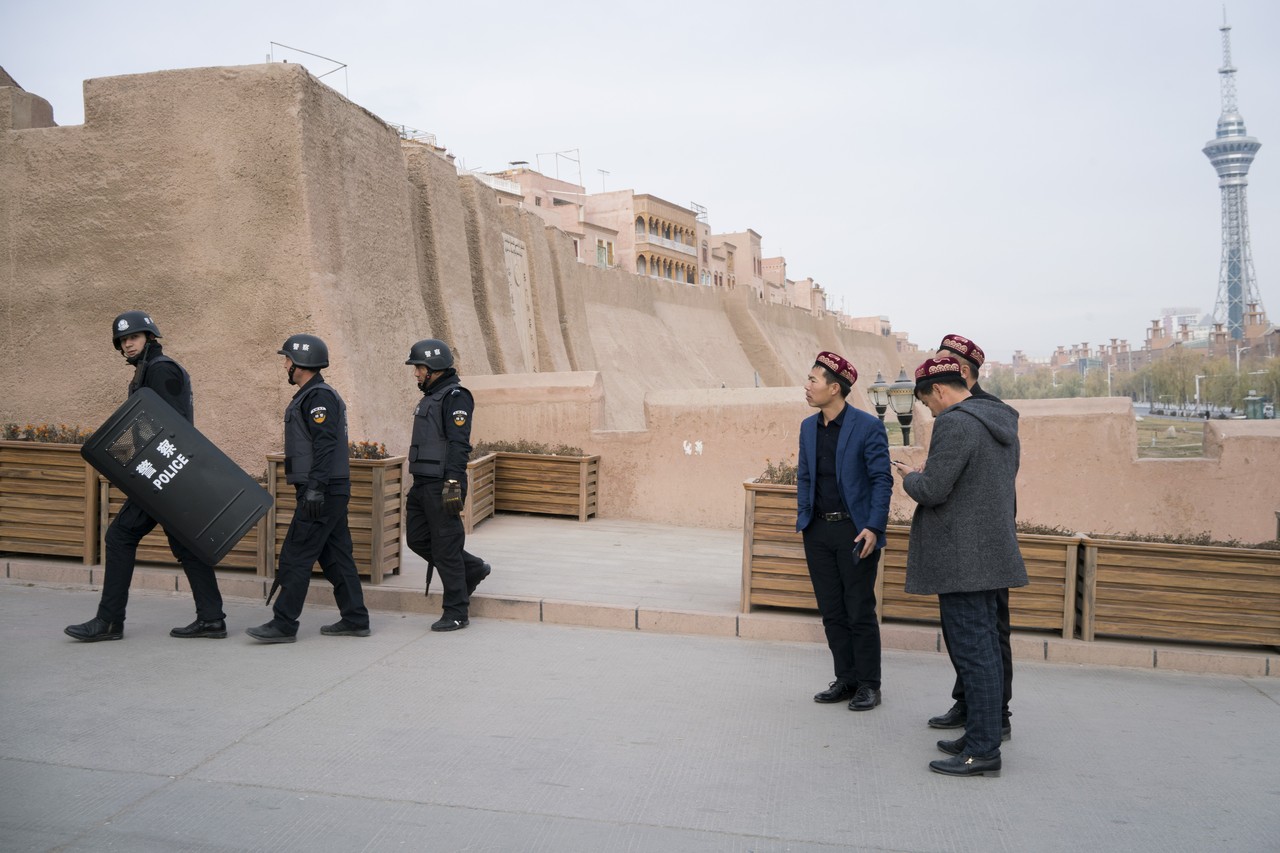