May 24, 2022
BBC John Sudworth, the Visual Journalism Team
Excerpt from this Article Read the Full Article

An anonymous source, who claims to have hacked, downloaded and decrypted the files from a number of police computer servers in the Xinjiang region, first passed them to the US based Xinjiang scholar, Dr Adrian Zenz, who in turn shared them with the BBC.

The painstakingly detailed police work rosters, training manuals and instructions for guarding the camps show more than just the presence of guns.

In the most significant document in this part of the dataset, officers are ordered to be prepared to use the weapons in the event of an escape.

When the alarm is triggered, the papers say, the perimeter roads must be sealed off, the buildings locked down and the camp’s own armed police “strike group” sent in.

After a warning shot is fired, if the “student” continues to try to escape, the order is clear: shoot them dead.

The documents also state that any apprehended escapees should then be taken away “for interrogation”, while camp management should focus on “stabilising other students’ thoughts and emotions” to ensure the school is “safe and stable”.
The police protocol documents also describe the rules for transfers from one facility to another.

Those being transferred should be blindfolded with their “hands cuffed” and their “feet shackled”, the papers say.

The documents reveal that even the sick must be restrained and escorted by four staff – again while wearing cuffs and shackles.
This is an approach used in other countries only for highly dangerous prisoners. 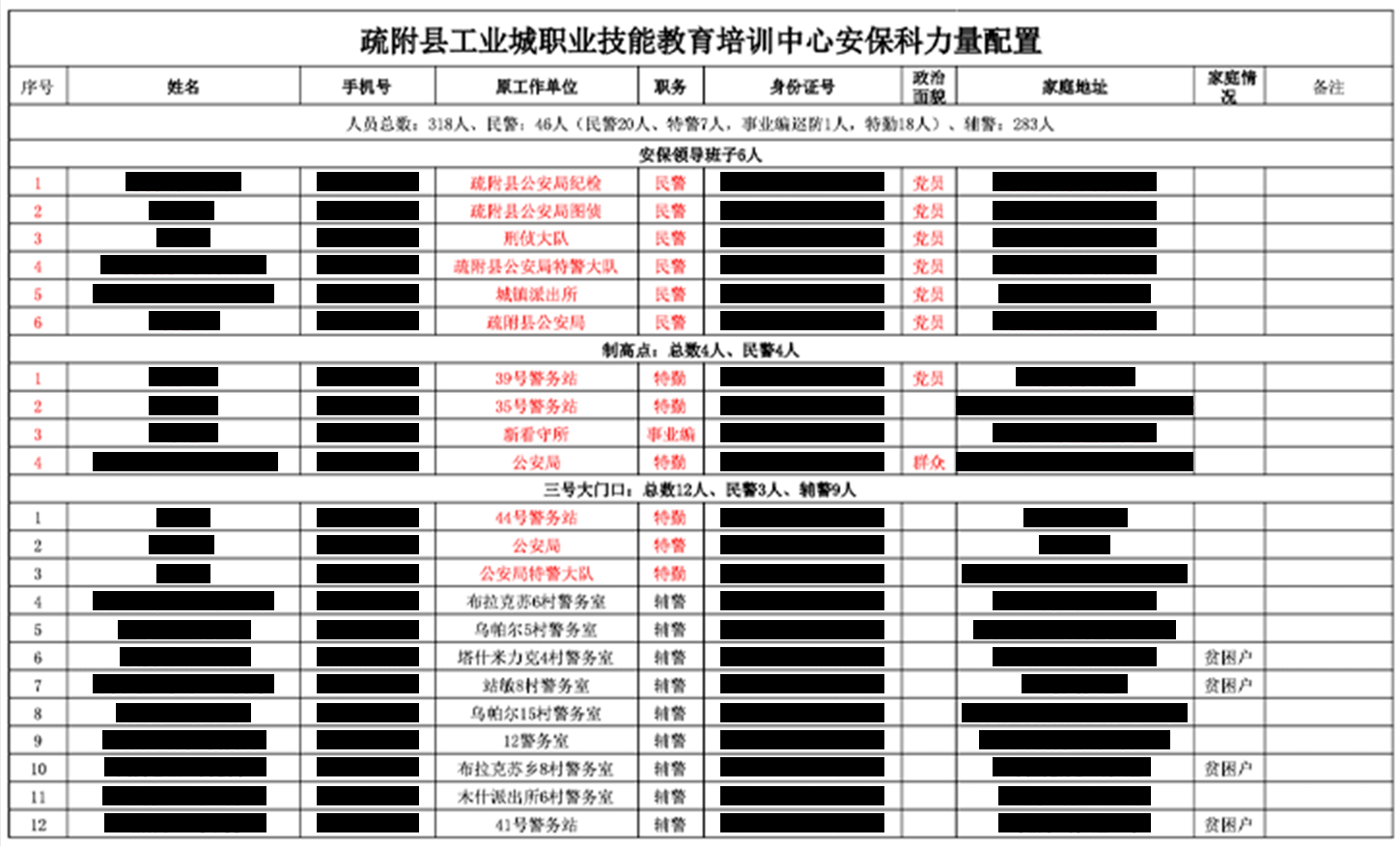 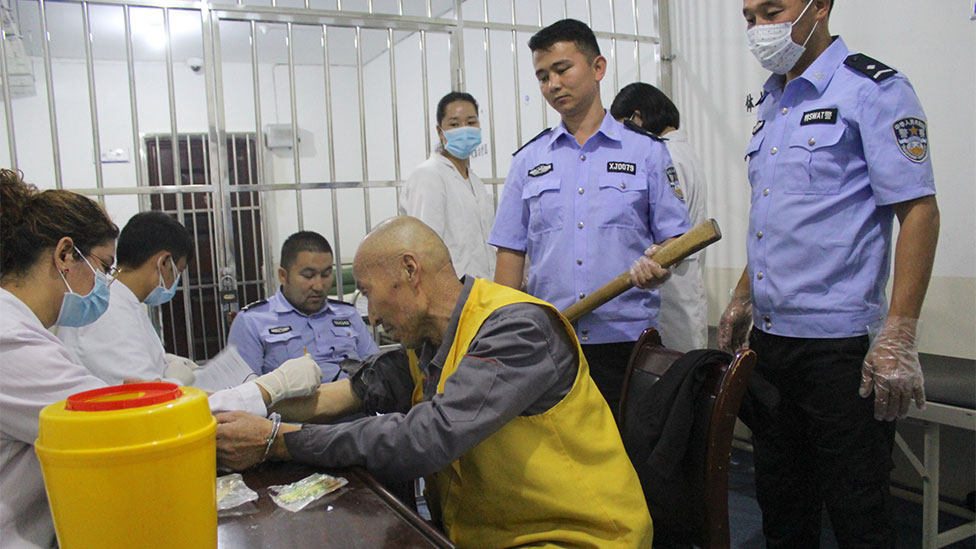